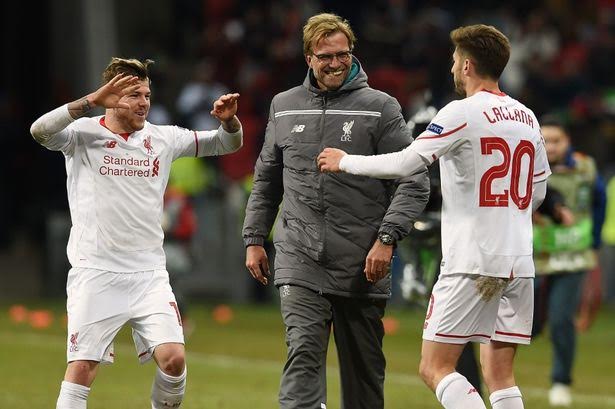 Liverpool players have bought into new manager Jürgen Klopp’s philosophy hook, line and sinker at Anfield, and it is no coincidence that the Reds are unbeaten since the charismatic German arrived on Merseyside with his fresh ideas.

Not only did Klopp engineer an impressive win over Chelsea last weekend, but took his team 3,300 kilometres into central Russia midweek and came away with a 1-0 win over Rubin Kazan to put the Reds on the verge of the Europa League knockout stage.

“He is very charismatic, an impressive bloke who you know, as soon as you meet him, has presence,” said midfielder Joe Allen.

“Since day one, everyone has taken on board his ideas straight away – you could see the players took to it immediately. I get the vibe that he can help me and help other players individually.

“What is really promising is that’s the message you’re getting from all the lads really – they think he can help them, and they’ve got a part to play and that will make for a successful season.”

It is easy to see Klopp’s affection as well, as was the case following the win over Kazan when he ran on the pitch to hug youngster Jordan Ibe after his match winning goal.

“He’s a great manager, I’m delighted to be working with him – he’s showing me new things in training so I’m learning,” Ibe said.

“Hopefully I can keep getting the experience I need and he can develop me into a good player. Everybody’s doing well in training and we’re just delighted as a group to be doing well now.”

Goalkeeper Simon Mignolet, who had little to do in Russia, says that Klopp has put the Reds defence in order.

“He has given the lads a lot of confidence and everyone knows what their job is– he is clear with his message,” the Belgium ¬international said.

“Everyone is organised, everyone knows what they have to do and we don’t give anything away.”