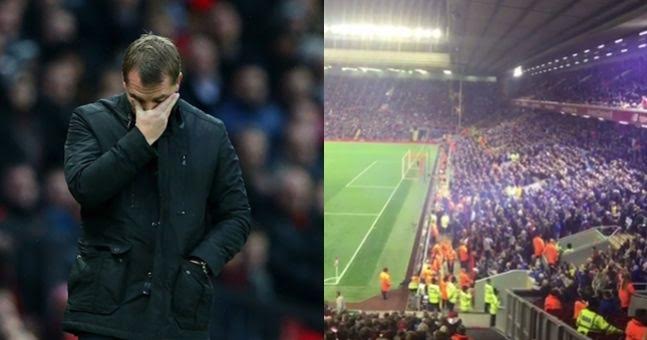 The end of Brendan Rodgers reign at Anfield may be upon us given the way the Reds had to rely on penalties to scrape by League 2 side Carlisle in the Capital One Cup, in a match that achieved uncharacteristic boos from the Anfield faithful at the end of the game, with many deciding it was preferable to leave early rather than to suffer having to watch the team they love struggle against a team on paper at least they should have been demolishing.

Due to the surge of fans deciding they had seen enough there was not the normal amount of taxis outside the ground, leaving people to wait while contemplating the current state of affairs with both Carlo Ancelotti and Jürgen Klopp being mentioned as possible replacements for the embattled Rodgers.

When you can’t get a taxi outside Anfield when there’s still half an hour to play it’s probably time to sack the boss pic.twitter.com/BSE1Kp1mZ6