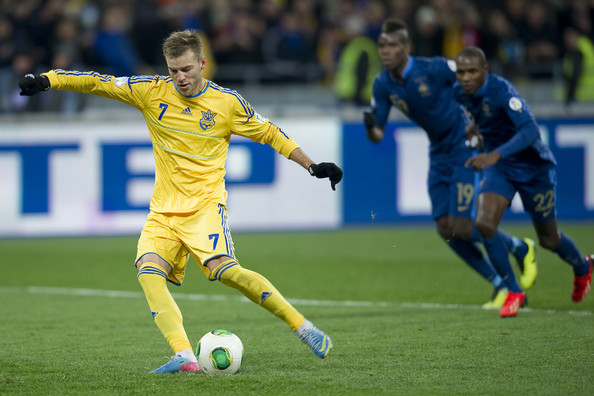 LIVERPOOL is keen to add one more new face at Anfield before the transfer window slams shut.

Liverpool manager Brendan Rodgers has been busy this summer, but is reportedly eyeing one last deal before the transfer window closes at 6pm this afternoon.

According to The Express, the Reds are ready to stump up Andriy Yarmolenko’s £14.5m release clause and beat both Everton and Arsenal to the Ukrainian international.

The 25-year-old, who has 19 goals in 49 caps for his country, would offer Liverpool a different type of striker.

He has been widely tipped to move on from Dynamo this summer but any deal has thus far failed to materialise.

Now, Liverpool is set to launch a bid for him and cap off their summer spending.