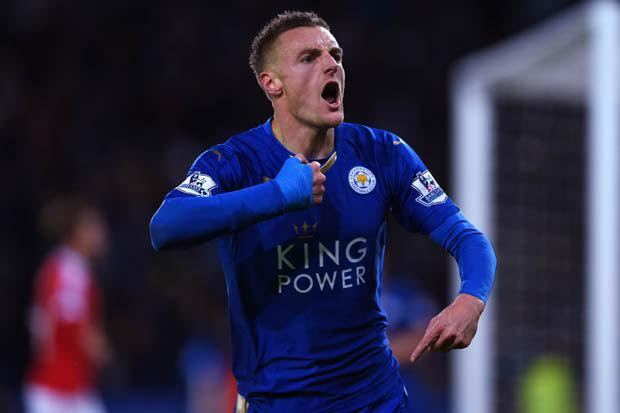 Liverpool is leading the race to sign Leicester City forward Jamie Vardy according to the Daily Star who claims that the Reds look on Vardy as being their new Ian Rush.

The reason for that is the 29-year-olds pace and work rate, as well as an instinctive nose for scoring goals that we all witnessed earlier this season as the Foxes striker took the Premier League record of scoring in 11 matches in a row.

A source close to the situation told the Daily Star Sunday: “Vardy is the right fit for Liverpool.

“He would suit their high-intensity game under Klopp, he runs the channels and he’s now demonstrated his goal scoring ability at the highest level.

“As a result of his success this season, all the big clubs are looking at him.

“But Liverpool look to be the favourites – if he decides to leave Leicester.”

Of course nothing is guaranteed in football with Leicester City looking the most likely to be playing Champions League football next season rather than Liverpool, and if reports of them willing to double Vardy’s salary to keep him at the King Power Stadium are true the Reds may just have a hard time convincing him that his future lies at Anfield.