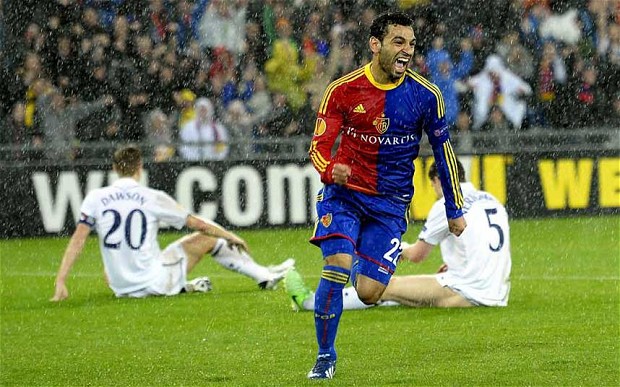 We reported yesterday that Liverpool manager Brendan Rodgers had travelled to Germany to watch the Champions League match between Schalke and Basel on Wednesday night, and he was their to watch 20-year-old Schalke midfielder  Julian Draxler who he  considers to be a possible long term replacement for the 33-year-old Steven Gerrard.

It now appears as if Mohamed Salah was the real reason for the trip to Schalke after getting knowledge that Basel would be prepared to sell their star player for around £15 million.

Dubbed the Egyptian Messi after scoring 17 goals in 26 internationals for his country former Egyptian national Coach Bob Bradley said of his to player “Salah is a perfect professional player both on and off the pitch.”

Despite other European clubs being interested in him should Brendan Rodgers decide that the 21-year-old is right for Liverpool the Reds should be able to get their man.

You can watch the scouting report in the video below.