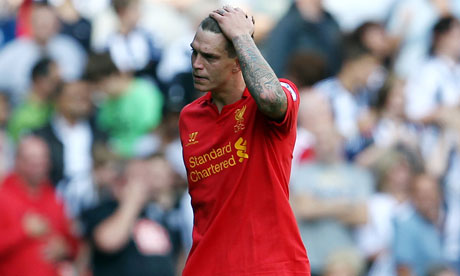 As Liverpool prepare to compete in the Champions League next season big changes are happening at Anfield with Liverpool manager Brendan Rodgers said to be ready to let 14 players go according to the Daily Telegraph.

The highest profile players to leave will be Danish international defender Daniel Agger and Brazilian midfielder Lucas Leiva with on-loan goalkeeper looking likely to make his move to Napoli permanent after helping the Serie A side to win the Italian Cup.

Liverpool players who have done well while out on loan Fabio Borini at Sunderland and Oussama Assaidi at Stoke could both be sold to raise cash while Liverpool youngsters Jack Robinson, Martin Kelly and Conor Coady could be allowed to pursue their careers elsewhere if the price is right.

The Liverpool boss must be careful when it comes to letting players leave knowing that the club will have to deal with the demands of European football next season, but if he signs six new players he should be able to manage with the help of emerging youngsters.

The one player Rodgers definitely does not want to see leave is Luis Suarez after the brilliant season he has had and while speaking ahead of tonight’s Football Writer Awards where he is expected to win Player of the Year Suarez said: “My head now is focused on the World Cup,” everyone knows there will be media speculation this summer as there always is but I have a contract with Liverpool. You know what the speculation is like and you try not to take any notice. I know what I want and it is more speculation than reality.

“We are back in the Champions league, which is where Liverpool belongs. My season wasn’t bad. The whole team played really well and we gave the fans something to be proud of. We were first with just a few weeks left so that will give the younger players great experience going into next season. Those young players will grow and be even stronger next time.”