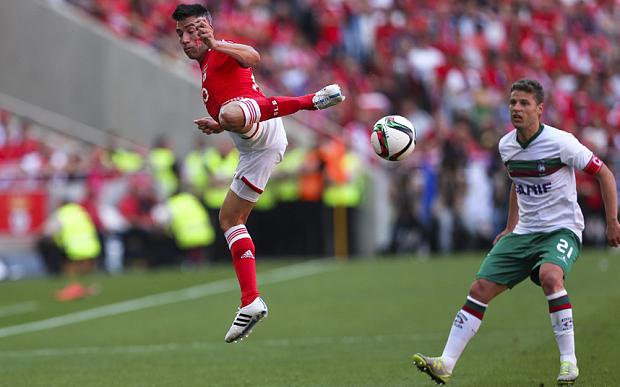 Liverpool manager Brendan Rodgers is hoping to get the jump on Manchester United manager Louis van Gaal by rushing into the transfer marked for highly-rated Benfica attacking midfielder Nicolas Gaitan according to Metro quoting the Daily Mail.

The newly crowned Portuguese champions have slapped a price tag of £21 million on the Argentinian international, and know that they will get their asking price for the 27-year-old.

Originally Benfica bought Gaitan as a replacement for the Real Madrid bound Angel Di Maria paying Boca Juniors 8.4€ million back in 2010 and since then he has gone on to become one of the team’s best players.

We like this transfer for Liverpool as the Argentinian will fit Brendan Rodgers style of play down to a tee, and given his experience should have no problem adapting to the Premier League.

Now we must wait and see how Manchester United reacts, and whether or not LVG is serious about signing the Benfica star, and if so Liverpool will have a real fight on their hands with Manchester United’s financial muscle and a Champions League card to play trumping anything Liverpool could offer.

The ball would now appear to be in LVG’s court.