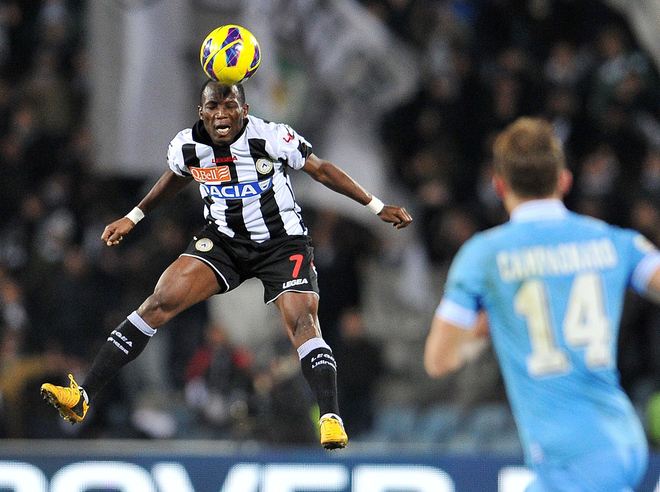 According to website METRO Liverpool are after Udinese star player Emmanuel Agyemang-Badu as manager Brendan Rodgers draws up his list of players for January moves.

The Liverpool boss is desperate to bring in a few new players in the New Year to boost his already shrunken squad.

A left-back for the Reds is certainly a priority, but the Reds also need a defensive midfielder like Agyemang-Badu.

The 23-year-old is having a good season in Italy’s Serie A and has been recommended to Rodgers by his scouts.

Liverpool has heard that the player would like to move to the Premiership, and are preparing a £7 million bid that they think the Italians will accept.

Agyemang-Badu is a natural defensive midfielder but can also be deployed further back in a more defensive position making him a good choice for Liverpool as they chase Champions League football next season.