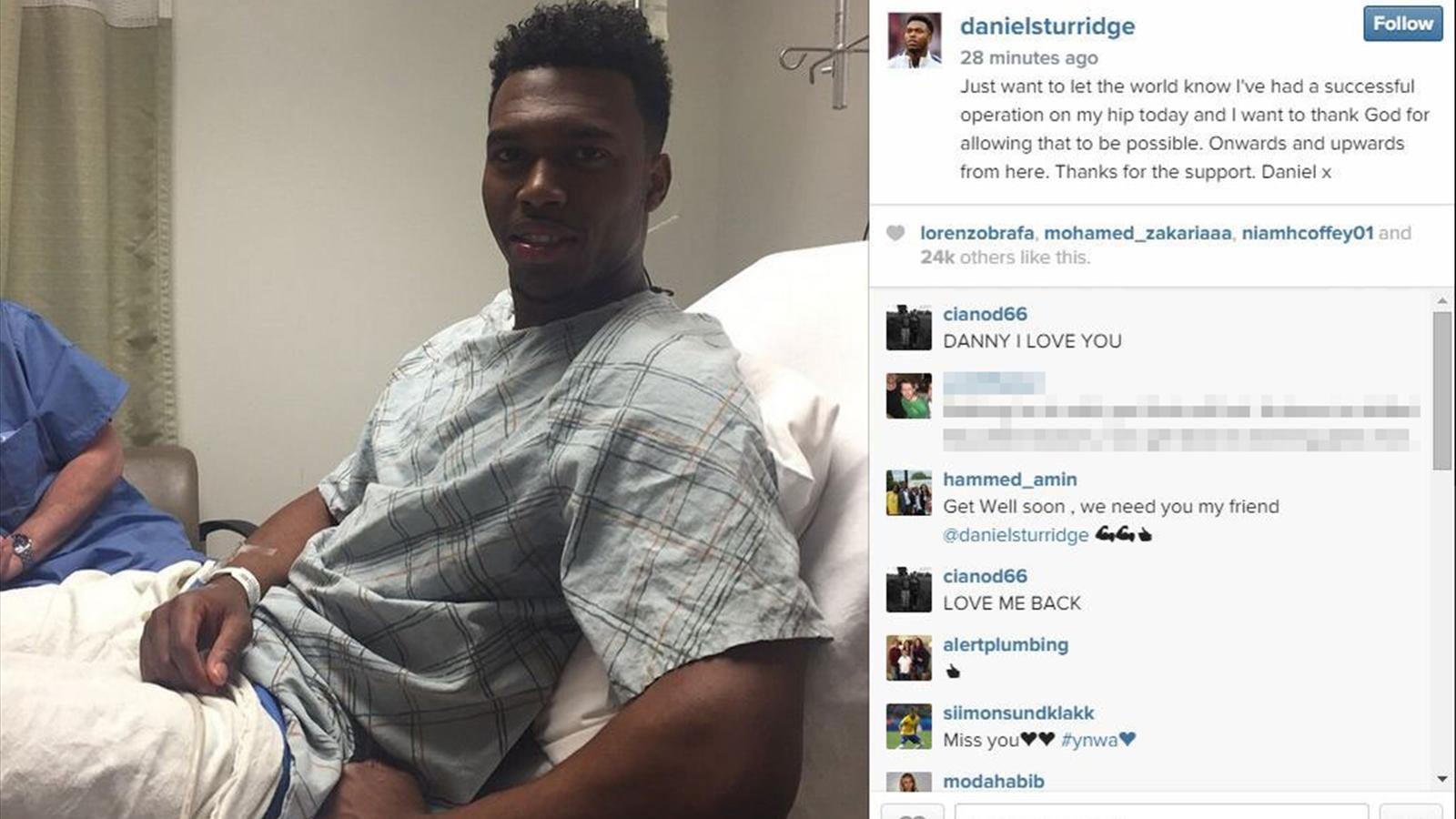 Liverpool striker Daniel Sturridge has undergone what is being described a successful surgery on his hip after having flown to the United States to be examined by a specialist.

“Just want to let the world know I’ve had a successful operation on my hip and I want to thank God for allowing that to be possible,” Sturridge said.

“Onwards and upwards from here. Thanks for the support.”

The England international scored 24 goals in 33 appearances last season, but has been side-lined for most of the current campaign with injuries taking part in just 18 matches.

Liverpool boss Brendan Rodgers said that he believed medical staff at Anfield had made a breakthrough in the diagnosis of the striker’s current injury, something Sturridge believed might be hereditary.

“I think we have found some underlying issues that maybe relate to Daniel’s problems this season and the on-going ones he’s had,” Rodgers said.