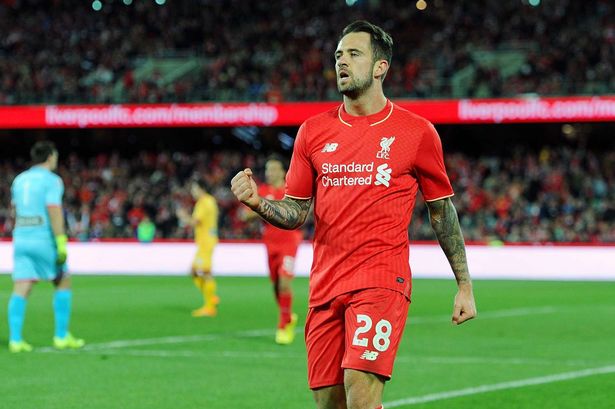 Liverpool desperately needs a win when they take on Aston Villa at Anfield on Saturday, with manager Brendan Rodgers job on the line following reports that the clubs Boston owners had already made contact with former Chelsea and Real Madrid manager Carlo Ancelotti to see if he would be interested in running the Merseyside club.

Despite a run of poor results former Burnley striker Danny Ings says that the players are not panicking and are working hard to turn things around.

He said: “For me personally I do think the lads are working hard. I think the way that I press the game it might be easier on the eye for the fans to see, but for me the whole team is working hard it is just a little bit of a tough patch.

“The lads are still full of confidence and still working their socks off to get results.

“You just approach every game the same as before all this.

“It is about us as a team, winning games, and that is all we can do for the manager. It is important that we get wins under our belt so we can move forward.

“It’s a huge game. We are at home, in front of our fans. It’s a massive game but you approach it the same way with the same mentality, the same style of football, hopefully it will pay off.

“If I am honest I don’t feel that there is any anxiety.

“Every team goes through little spells like this every now and again but the important thing is that we are creating chances and for me we are playing good football.

“You can just sense there is a big result around the corner. I can certainly feel it playing in the side and I am sure the lads feel the same.”