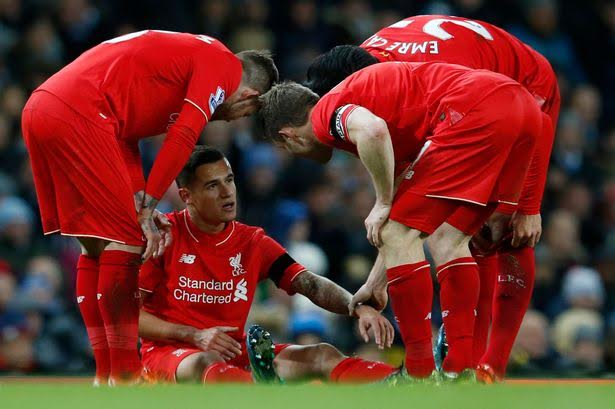 Liverpool midfielder Philippe Coutinho will discover his fate this afternoon after he undergoes a second opinion on a hamstring problem he picked up in the match against Manchester City on Saturday.

The Brazilian international has played a significant part of new manager Jürgen Klopp’s plans at Anfield and would be sorely missed if he was out for any length of time, but as things look at the moment medical staff at Melwood think it is only a minor injury and expect the 23-year-old to be available for selection when Liverpool takes on Swansea, Sunday afternoon at Anfield.

The inform former Inter Milan player has scored four goals in his last three league matches, and looked unstoppable when paired with countryman Roberto Firmino during the 4-1 demolition of Manchester City last weekend.