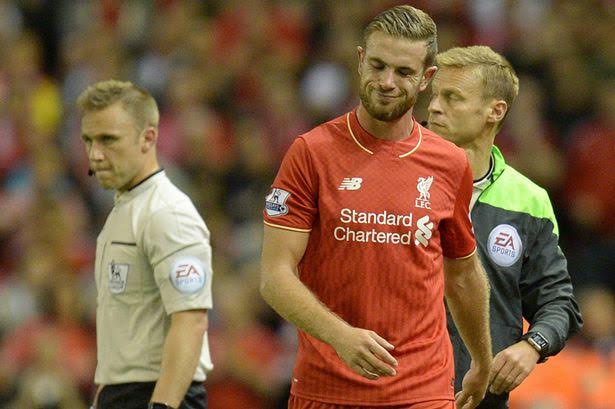 Liverpool looks as though they may be without captain Jordan Henderson for Monday night’s big test at Arsenal.

Liverpool so far, have a perfect six-points from two matches, and are hoping to take that momentum with them to the Emirates next week where they have aspirations of beating arsenal away for the first time since 2011.

Henderson has combined well with new signing James Milner, but had to be substituted during the 1-0 win against Bournemouth last Monday after 51 minutes due to a foot injury that was just too painful to continue playing with despite having taken pain killers, with manager Brendan Rodgers saying he is no doubtful for Arsenal.

“He had a problem with the bottom of his foot – he hadn’t trained for part of the week,” the manager explained.

“He was taking some painkillers with it, and did ever so well to even be out on the field. He wanted to give it a go, but you could see he was limited in his running.

“He did great for us when he was on the pitch, but it’s important we have fit players on the field, and unfortunately he was just in too much pain.”