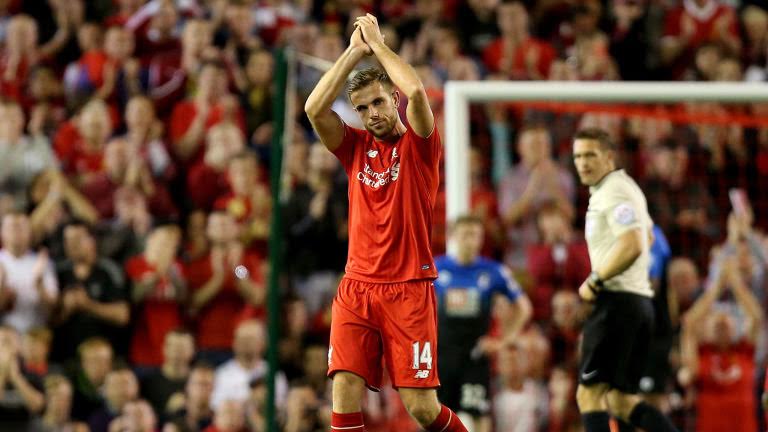 In what is now turning into a possible major worry for Liverpool manager Brendan Rodgers, team captain Jordan Henderson could be missing for an extended period after having flown to the USA for treatment in the hope of finding a problem to his heel injury.

The 25-year-old England midfielder is in New York where he will visit orthopaedic specialist Dr James Cozzarelli in New Jersey for treatment of a heel injury that has seen him miss the Reds last three-games with Arsenal, West Ham and Manchester United.

Liverpool boss Brendan Rodgers was hoping to have Henderson back after having rested up over the international break, but could now be without one of his key players for an extended period of time following the latest developments.