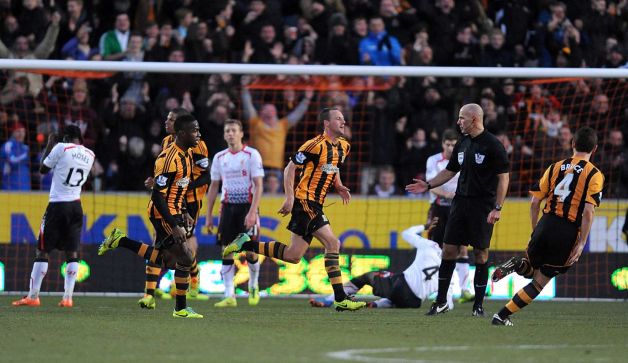 Following on from Liverpool’s shock 3-1 defeat away to Hull City manager Brendan Rodgers has admitted that Liverpool does not have the depth of squad to cope when key players become injured.

Liverpool missed striker Daniel Sturridge yesterday in a performance that now sees them seven points off the lead sitting in fourth place.

The Reds have six more matches remaining in the month of December starting with Norwich on Wednesday, knowing that they will be without Sturridge for the entire month following a sprained ankle Turing training on Friday.

“We have a very busy period coming up and we’ve got a squad that needs as many of its good players as possible so it’s not ideal,” said Rodgers following the defeat at Hull.

“This little period will test us now but players will come in and it’s a great opportunity to a stake a claim.

“Daniel is out for up to eight weeks which is a big blow for us and Phillipe (Coutinho) didn’t train all week. He had injections just to get on the bench.

“The quality of our squad isn’t big enough to cope with two big players like that missing. No doubt it was a disruption.

“It’s difficult if you take those two out, two players who have been very efficient for us this season.”