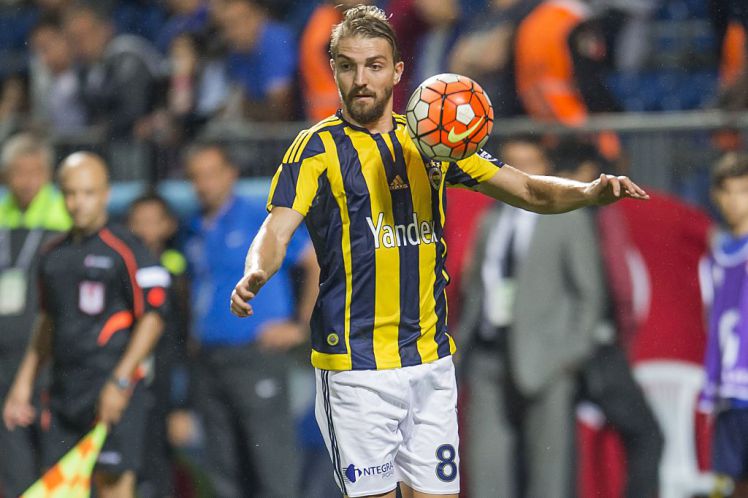 Let’s be honest Liverpool fans, as I think by now we can all agree that Reds left-back Alberto Moreno is just not good enough to be in Jürgen Klopp’s team. If you compare Nathaniel Clyne out on the right to Moreno, the England international is far more comfortable tracking back that the Spaniard, who in his desperation not to be beaten by attacking players commits fouls that lead to penalties as see nearly happened in last weekend’s Capital One Cup loss to Manchester City.

Now that we all agree Moreno has to be sent back to La Liga or a lesser Premiership side let’s look at a possible replacement that the Reds if quick enough can land on a free transfer just like they did James Milner from Manchester City.

The man being talked about is Turkish Super Liga star, Fenerbahce left-back Caner Erkin, a full Turkish international who the Reds could approach now ahead of a summer deal.

According to FotoMac Liverpool have already dispatched scouts to Istanbul in order to report back on whether or not they feel he is a suitable candidate for a transfer to Merseyside.

At only 27-years-old and 42 appearances for the Turkish national team under his belt, the Fenerbahce defender may just be what the doctor ordered to help solve the Reds defensive problems.