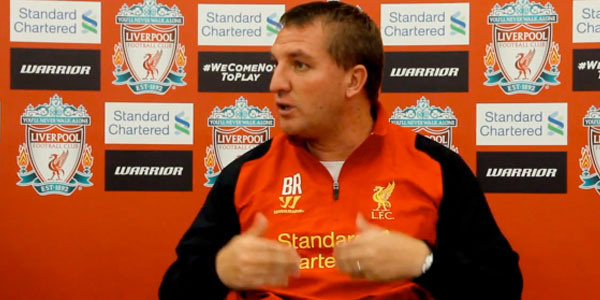 Liverpool manager Brendan Rodgers has confirmed that Brazilian midfielder Lucas Leiva will be available for the match against QPR, but says Sakho remains unavailable.

When asked about the mood ahead of the match Rodgers said: “It will be a tough game v QPR. Austin and Zamora are a real handful. We totally respect them and their fight. We won 10 out of 13 and confidence was high. In couple of big games we fell short and that can dent your confidence.”

When questioned about summer transfers the Northern Irishman said: “Come the end of the season you look to improve the squad. What I’ve said is we have been short of goals this season, but that’s not the strikers, it’s the whole team. Wide players, midfielders, defenders. These are areas we want to improve on.

“I knew 100 per cent the model here. We have a real good team of people here. We have to look at it and see how we can improve our squad again.”

The Reds boss also confirmed Striker Daniel Sturridge has flown to Boston where he will have a specialist look at his hip and said he will not feature further this season.

“Daniel wants to be available. It’s unfortunate for him on the back of how fantastic he was last season. We’ve found some underlying issues related to Dan’s problems. Staff here liaising with great medics in America.”