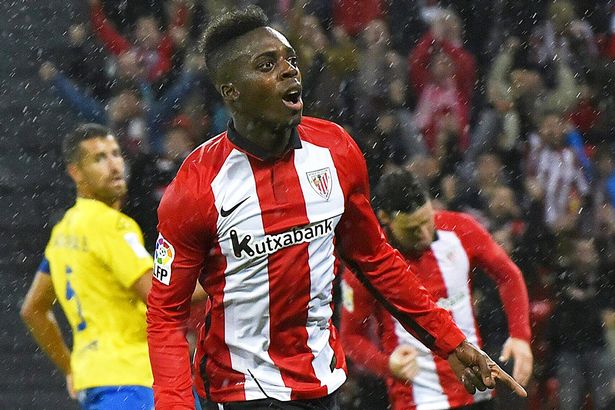 As Liverpool manager Jürgen Klopp continues to search for an answer to his striker problems that latest name to be added to the list of potential targets is Athletico Bilbao’s Spanish sensation Inaki Williams.

Klopp must feel hard done by at Anfield while he not only has to deal with the injuries to Daniel Sturridge, Danny Ings and Divock Origi’, but must also decide what he is going to do with £32 million striker Christian Benteke.

While the big Belgium is a proven goal scorer, he just does not fit in with the fast paced high pressing game that Klopp wants his team to play, and the sooner he is sold and a more suitable candidate is brought in the better off Liverpool will be.

Getting back to Williams, he sounds like the type of player Klopp would like and does not come with the exorbitant price tag some of the other players being linked with Liverpool have, except of course for Pato who according to reports can be signed for £9 million.

Williams has so far this season scored 10 goals in 21 games for the Basque side, and has the distinction of being the fastest player in La Liga, a trait that could stand him in good stead with Klopp, who knows that the 6th 1in 21-year-old will have the legs to fit in with his geggenpress at Anfield.

Athletic Bilbao meanwhile are trying to sign the Spanish international to a new contract that will include a massive buyout clause, which means if Liverpool are serious they need to strike now rather than miss out on another rising star.