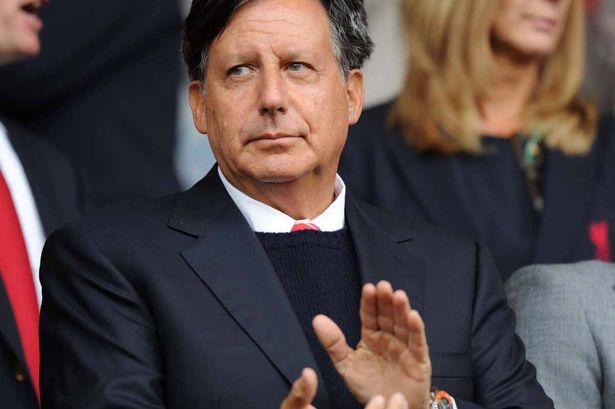 Many people thought that After Liverpool’s poor start to last season the Northern Irishman’s head was for the chop, but it never happened with the clubs American owners apparently still ready to back the 42-year-old despite failing to qualify for the Champions League.

Fenway Sports Group co-owner and Liverpool Chairman Tom Warner still thinks that Rodgers is the right man for the job at Anfield, and is convinced that his backing of the former Swansea boss will be vindicated this season.

In an exclusive interview with the Liverpool Echo, Warner revealed why the bosses in Boston decided to stick with Rodgers despite others calling for a change of leadership on Merseyside.

“First of all, we take a long-term view on these matters,” Werner told the Echo.

“We believed in Brendan when he won Manager of the Year for 2013/14. That was only a year earlier when he was awarded that compliment.

“I think our track record demonstrates that our approach and attitude is very much focused on stability. We have demonstrated that both on and off the pitch.

“When we hired Brendan we wanted to see improvement.

Despite not having lived up to any of the targets set by the club last season, not only has the FSG stuck with Rodgers, but also given him the money to make the improvements he feels the club needs to compete with the best of the Premiership.

“Last season was somewhat disappointing, obviously. We had a goal of reaching the top four having qualified for the Champions League the year before,” Werner said.

“We wanted to see some progress. There were bright spots along the way.

“There was a period in the season from around the halfway mark when we really did show top form. But the end of the season was disappointing.

“I don’t really want to get into the reasons why we fell short of our goals.

“What I will say is that the review was no different from the review we do at the end of every season. It was about looking at how we can move forward as a club and be consistently stronger.

“We had some very constructive discussions with Brendan. We learned a lot and we are very much looking forward to the start of the season because we’re a stronger team now than we were a year ago.

“Brendan was very instrumental in the transfer targets that we went after this summer. We expect we’re going to see a strong improvement.”

“I want to thank Colin and Mike for their services but I’m excited about the new staff that Brendan has brought in,” he said.

“As Brendan has already articulated, it was his decision and the resumes of the gentlemen brought in are very impressive.

“I’ve met Sean and Pep. Sean has a lot of coaching experience and was working with England Under-19s. He’s hugely respected for his knowledge.

“All the feedback we’ve had on Pep during his time at the Academy has been very positive. We had heard a lot about him from his coaching at Porto and he’s taken on a newly created position at the club.

“Gary has a connection with the football club having served as a player. He has also managed Coventry City and Leeds United.

“The three new members of staff are outstanding and I’m sure the squad will benefit a lot from having them around.”

While referring to Liverpool’s opener at Stoke following their hugely embarrassing 6-1 loss in the last game of the season Werner said he would love to see Liverpool put down a marker for the season ahead.

“I don’t want to put too much pressure on any one game or the need to get off to a good start, but it would certainly help,” Werner added.

“It would be marvellous to take three points. Obviously, the end of last season was very disappointing.

“It would be nice if we came away from Stoke with a much better performance this time around.

“I feel that everyone knows what their responsibilities are. We have set good, but honest expectations.

“I’m looking forward to seeing how we play. I expect us to make our supporters proud.”