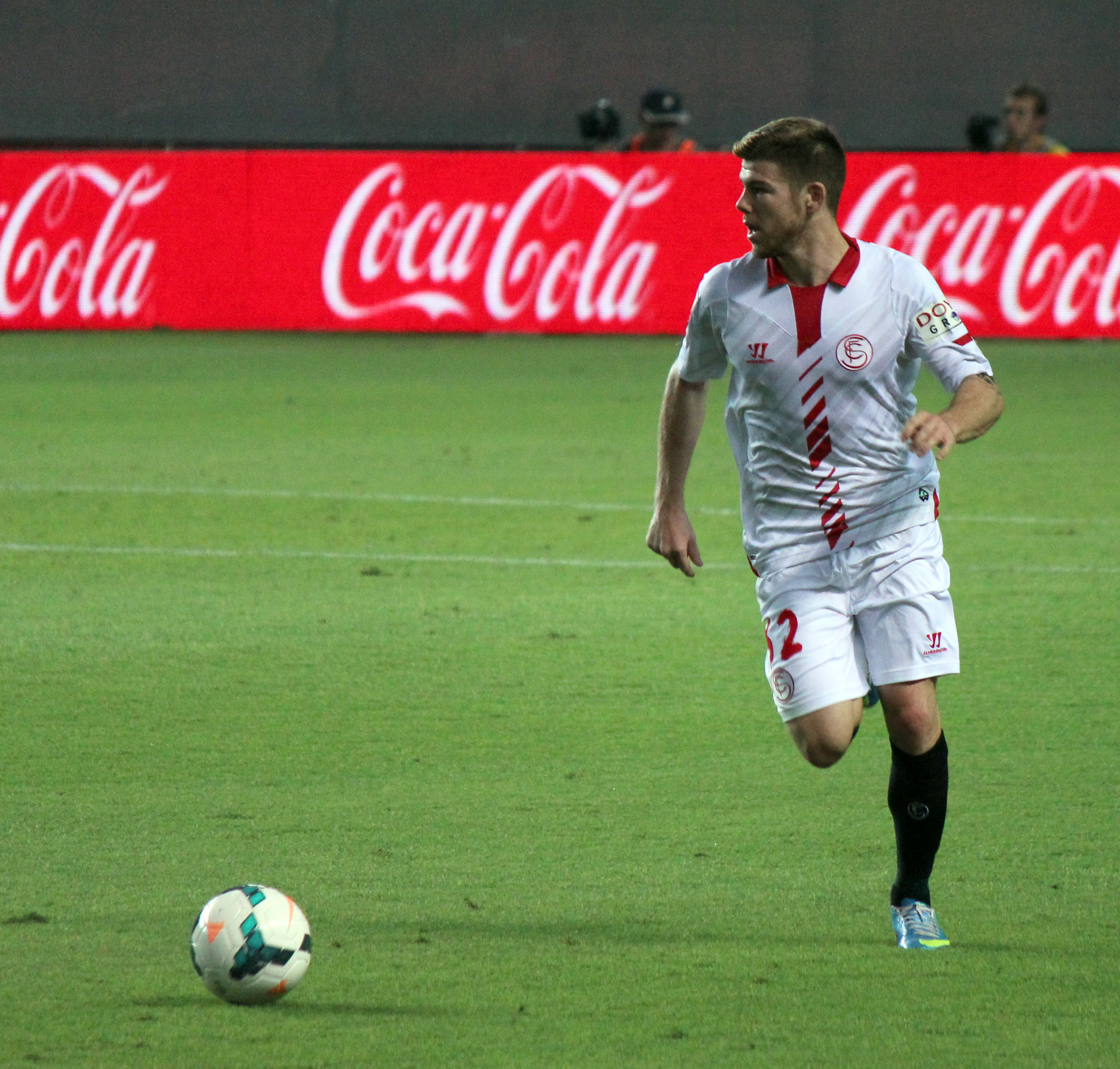 If reports coming out of Spain are to be believed it looks as though Liverpool will be the first big name Premiership side to announce a big signing as Kop boss Brendan Rodgers looks to add some class to his back line in the form of Sevilla’s Alberto Moreno.

Seville sports newspaper Estadio Deportivo is saying that there is a very big possibility that Moreno is on his way out noting: “Moreno is one of the most feasible sales for Sevilla, as his position isn’t a key one like Rakitic, or the central striker. As such, there’s a high chance the left back could end up leaving Nervion [the area of Sevilla the team is from] this summer and, in doing so, leave a good sum of money for Sevilla’s coffers.”

Spanish website SportYou broke the story last night saying that a deal between Liverpool and Sevilla could be wrapped up as early as today:

“Various Premier League clubs have been following Moreno closely, to the point that his transfer to Liverpool could be closed in the coming hours. The English club are willing to spend €20m and there are only a few details to be ironed out before the transfer can be made official. The Reds are looking for a left back, having used Jon Flanagan there, who is right-footed, and Cissokho. At the moment Moreno is with the Spanish national team, and will play with them at the Ramon Sanchez Pizjuan on Thursday night in what could be the player’s last game at his home of the last few years.”

There is also speculation that Liverpool player Suso could have a role to play in the move, but Spanish sports newspaper MARCA is not so certain saying: “Moreno has a foot and a half in Anfield, as Sevilla see the Reds’ proposal as a good one. Virtually everyone at the club had assumed Alberto would leave this summer, but Liverpool’s offer is even better than expected.

That said, Sevilla know that there will be plenty of interest in the youth product – last winter they rejected a €14.5m offer from Napoli – with a member of the club’s board commenting at the time that “they’ll give us more in the summer”. He wasn’t wrong: Real Madrid and Chelsea, along with Liverpool, have been watching him for some months.

The agreement isn’t quite closed yet however. Both Monchi and Unai Emery are still thinking about whether they want Suso to be included in the operation, while some economic details need to be ironed out. For the player’s part, there’s nothing to stop his move to the Reds. His people had already accepted that the Europa League final in Turin would be his last official game with Sevilla. Though the player told his agent that Real Madrid was the priority, the Spanish side haven’t ended up making a move for him.”