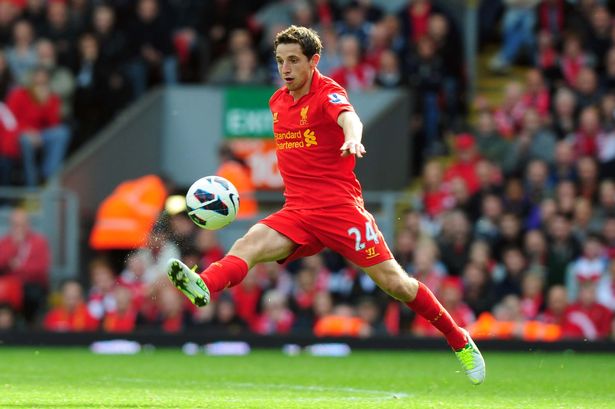 Liverpool travel to the fortress Etihad Stadium in Manchester on Boxing Day where they will take on rampant goal scoring Manchester City in what will be one of two six pointer matches Liverpool must face before the New Year.

Speaking to the Liverpool Echo newspaper midfielder Joe Allen has admitted that the clubs next two fixtures will be important in deciding where Liverpool could finish in the table, and that they will travel to Manchester with the intent of making a statement.

“Naturally we will play it down a little bit, but I think that the next two games are going to be big ones and we will see where we are after we have played them.

“It is a massive challenge but one to look forward to. The run of form that we are on and the way we are playing, we are certainly looking to go there and get a result.

“Manchester City have an incredible record at home, as do Chelsea to be fair, but records are there to be broken and we have to be ambitious that we can be the team that goes there and does that.”