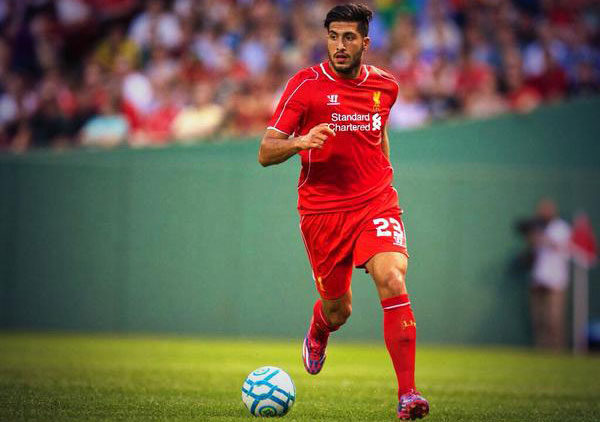 With Liverpool just three days away from kicking off the new season at the place where they suffered a humiliating 6-1 loss, on not only the last match of the season but, long-serving captain Steven Gerrard’s last game as a Liverpool player.

All eyes will be on the Reds when they take to the pitch at the Britannia Stadium on Sunday knowing that nothing less than a win will have the knives coming out for Liverpool manager Brendan Rodgers, just as it did last season following the clubs poor start.

German international Emre Can however says the team is determined to get off to a good start and give the fans something to cheer about as they look to bounce back to a top-four finish and Champions League football next season.

When being interviewed by Liverpool’s official website, Can started off by talking about the clubs poor finish last season that saw the Reds win only one of their last six matches to eventually finish sixth in the table.

“We didn’t end the last season particularly well and I think we owe it to the fans to make amends,” said the 21-year-old German central midfielder.

“This is why the first few matches are especially important. I think we can start to put [the Stoke defeat] right with a few good results.

“We’ve a very very strong team, with a lot of good-quality players who work together well as a team.

“I think, if we can start well and get a few good results under our belt, we can then keep our focus on each match as it comes and hopefully compete for the title.”