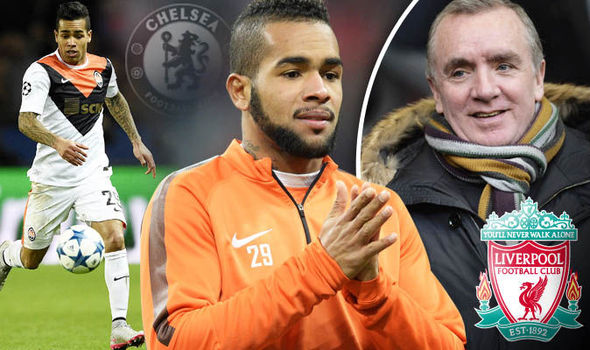 Liverpool Chief executive Ian Ayre has jetted off to Florida where he hopes to hijack Chelsea’s move for Shakhtar Dontesk attacking midfielder Teixeira.

The Ukrainian side is currently on their winter training camp in the Sunshine State, where they recently played a friendly match against other Chelsea and Liverpool target Alexandre Pato’s club Corinthians.

Liverpool value Teixeira at around 30€ million while Shakhtar were hoping to get closer to 50€ million for the Brazilian star, a figure Chelsea have already baulked at turning their attention to the more reasonably priced Pato.

If the Liverpool MD’s previous dealing with Ukrainian football clubs is anything to go by we would urge Reds fans not to get too excited over the prospect of Teixeira arriving at Anfield anytime soon, as Scouser Ayer has failed royally in the past.