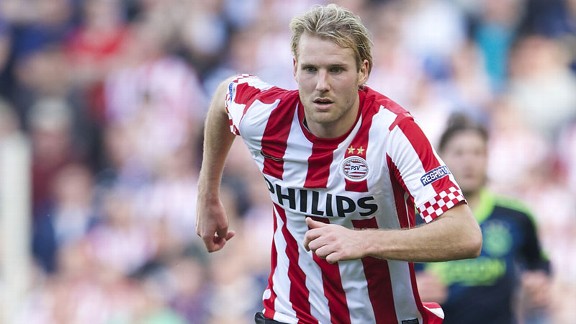 Like we have been saying for some weeks now January will be a month of loan deals as leading sides look to bolster their squads.

Some will be able to sign internationals that are looking for more playing time ahead of next summers World Cup.

For Liverpool though if they do make any major signings it will most likely be for a youngster, with Brendan Rodgers immediate concern to find players that can fit into the first team straight away to help ensure that all important top-four finish.

One such player could be PSG’s Swedish star Ola Toivonen who will become a free agent in the summer, and with the Dutch club looking to get something for the player who was once rated at £15 million Liverpool may be able to strike a deal for the versatile midfielder.

The talk is that Liverpool will offer the Dutch club a small fee to take the player on loan with the option of offering him a contract in the summer if he can prove himself before then.

This could be a smart move for the Reds as a way to bring experience into the squad for very little money.

You can check out Ola Toivonen in the video below.