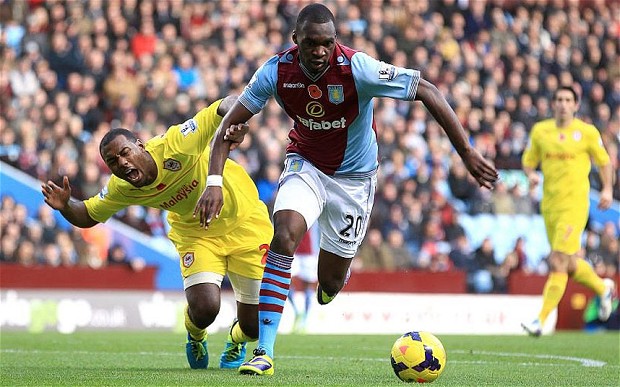 Former Liverpool defender Steve Nicol thinks that Aston Villa striker Christian Benteke is exactly the type of player Liverpool needs and is urging the club to move quickly and pay Villa the £32.5 million they want to let the 24-year-old leave.

Aston Villa appeared to be a new team once former Tottenham manager Tim Sherwood took over, and it was apparent to all how much they missed the Belgium international after watching him score 12 goals in 12 games when he returned to the side after having been out injured.

Giving his thoughts on the Reds signing Benteke Nicol who played 468 games for the Reds during his 13 years at Anfield told talkSPORT.

‘I wouldn’t like to play against him. The guy is a beast. He scores goals and I actually don’t think he gets the credit he deserves for the talent he has with his feet.

‘I would be more than happy for Christian Benteke to be at Liverpool next season.