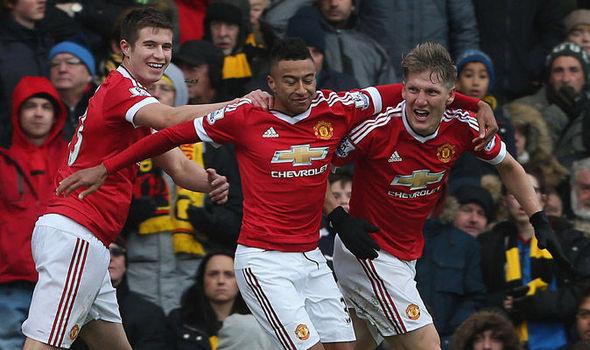 Former Liverpool midfielder Danny Murphy thinks that Manchester United fans are complaining when the Red Devils are so high up in the league is because they are spoilt.

Manchester United is currently in second place in the Premiership just one point behind league leaders Leicester and could leapfrog them into first place with a win on Saturday when the two teams meet at the King Power Stadium.

Yet despite United strong position fans are complaining about manager Louis van Gaal’s style of possession based football, something Murphy says they do not like after the years of former manager Sir Alex Fergusons more attack minded teams and the success they achieved under the Scotsman which has made them spoilt.

“It’s very simple – they are too defensive. I see a very well organised side and players don’t move out of their positions very much,” he told TalkSPORT.

“You see this solidity but because of their amazing success United fans have become a bit spoilt.”

Yet despite their unattractive style of play Murphy believes that they are in with a shot of winning the title, and especially so now that Chelsea has been ruled out of the picture.

“I think they’ll be close, looking at Manchester City and Arsenal and with Chelsea being out of it,” he added.

“He [Van Gaal] won’t deviate from what he’s doing no matter what we or anyone else says.

“They’re hard to beat, nicking goals and relying on the brilliance from some of his attacking players.”