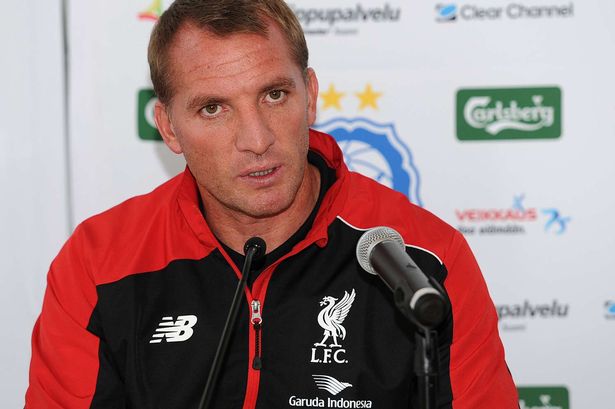 Following a rather unremarkable 2-0 win against a defensive Helsinki said in Finland last night, Liverpool manager Brendan Rodgers has said that he is fully happy with the Reds pre-season training and is fully focused ahead of next weekend’s season opener at the Britannia Stadium against Stoke City.

Speaking about the match in the Finnish capital Rodgers said: “It was a good workout for us.”

“Our fluency was much better in the second half and the rhythm in our game was good.

“The squad is coming along well. There’s been a lot of travel but the players have adapted incredibly well to that. We’ve got as much work into the players as we possibly could.

“In the second half you could see the fitness of the players with how they were still pressing.

“This is a Helsinki team that’s halfway through their season so they’re in a really good condition. It was a tough game but we looked stronger the longer the game went on.

“Ideally, of course, you want that for the full 90 minutes but I think we’ll get to that next weekend.

“There’s still a week to go and we will be ready to go next Sunday.

“We are looking forward very much to the game at Stoke as it’s the perfect opportunity for us to get the season underway and put to bed the horrendous result there at the end of last season.”