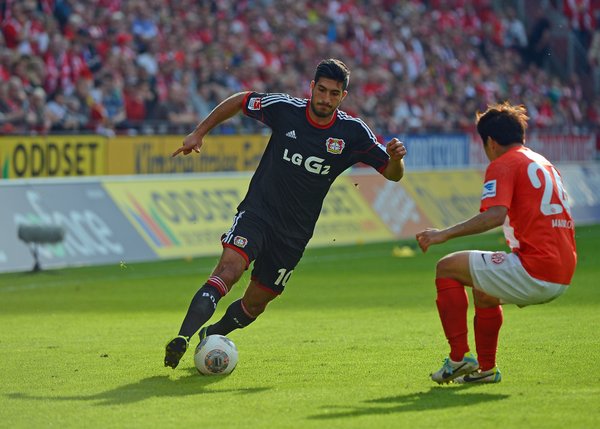 Liverpool has been scouting Bayer Leverkusen midfielder Emre Can, since watching the 20-year-old in a tournament in Mexico two years ago.

The German U-21 international is a strong powerful left-footed player that is good on the ball and can also defend something that Liverpool found lacking this last season.

Can joined Leverkusen from Bayern Munich last summer with the Bundesliga champions having the right to buy him back, which could put a dent in Liverpool’s chance of signing him.

Have a look at the video below and see if you think he would be good for Liverpool.