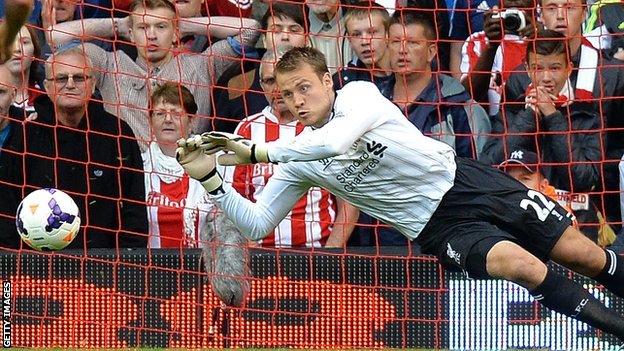 Liverpool goalkeeper Simon Mignolet has told his teammates to prepare for a very physical match against Hull City at the KC Stadium on Sunday.

Liverpool are currently second in the Barclays Premiership after a 3-3 draw with Everton at Goodison Park over the weekend and know that they will face a tough game against a determined Steve Bruce side.

When talking about the upcoming game Mignolet said: “I know Steve Bruce from my time at Sunderland and I know he always tries to get the lads up for it, so I’m sure they will be and put us under pressure.”

“I expect a physical game, but we have to look at ourselves and make sure we do the things we do best. We have to make sure we’re ready and put in a good performance.”

The Belgium international talked of how important it was going to be for Liverpool to pick up points over the holidays.

“From now until February, there are a lot of games to be played, so for us it’s about making sure everybody stays fit, everybody works hard and we pick up as many points as we can during that period.

“We’re second in the league and it’s important to try and stay up there and build on our start to the season. Hopefully we can do it with a win on Sunday against Hull.

“Any game in the Premier League is difficult. We don’t want to look at what’s coming after Hull – we’re focusing on that game, making sure we do the right things.

“We played Everton last week and got a point in the end – hopefully we can turn it into a good point after a win against Hull.

“We cannot look too far ahead of schedule, so on Sunday we have to make sure we approach the game well.”