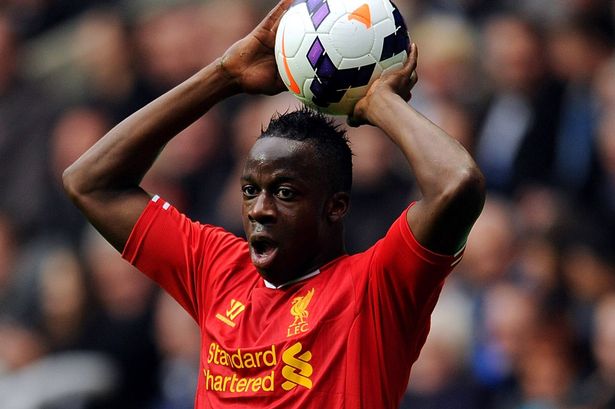 Aly Cissokho joined Liverpool over the summer on a season long loan from Spanish La Liga side Valencia to provide competition for Jose Enrique.

The young Frenchman enjoys playing for Liverpool so much that he is determined to work hard and hopefully make the move permanent.

“It’s a great source of pride for me every day to be able to play with players like this and to represent a big club like Liverpool,” Cissokho told Liverpool’s official website.

“It’s a source of pride for all the coaches I had as a youth player. Of course, I am very happy to be here and I hope to stay here.

“It’s a great city. We have a great training complex here, and we all have a lot placed at our disposal to get the best from each player, and that’s a good thing for me.”

The left-back knows that it will be difficult to find himself a regular starting place in the Liverpool first team but is enjoying the physical side to football in England, and is ready to do his part.

He said: “To start with, when you want to play in a team like Liverpool, you have to expect that there’s going to be high level of competition for each place, whether in central defence, midfield or in attack.

“Everyone in the team is disappointed not to be competing in European competition, and every player wants to give his best to ensure that the club is up there in the qualifying positions at the end of the season.

“The season is long, and there are a lot of matches to come. The coach makes, and will continue to make, his decisions, and it’s important to respect them so that the team can be in the best shape each Saturday.

“I’d say the English championship resembles the leagues I’ve known to date – very physical, high tempo, as in France, and like in Spain and Portugal, a lot of intensity, as with here, combined with technical football.

“It’s very engaged, and it’s non-stop. It’s surprising to see that even with those teams in mid-table, as well as those nearer the top of the table, there’s never a let up in the tempo, and they all play at the maximum level right up to the last minute of the match.”