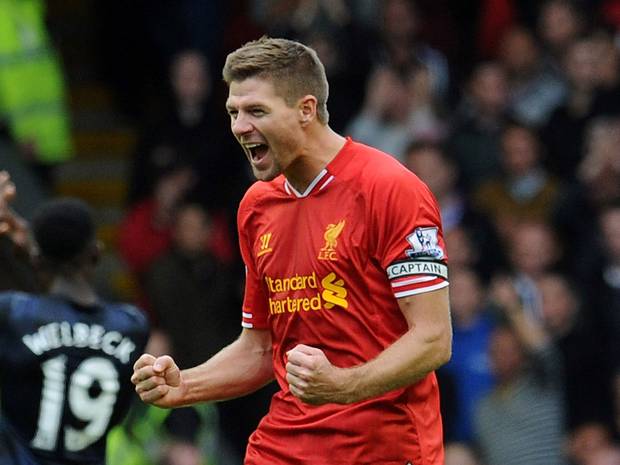 Despite talk of Liverpool manager Brendan Rodgers saying he would like to see Liverpool captain Steven Gerrard sign a new contract and remain at Anfield, METRO is today reporting that the die-hard Reds man could be on his way to the “Big Apple” next summer to play for the New York Cosmos.

Gerrard’s contract at Liverpool expires at the end of the season, and the 34-year-old has said that he could possible leave Anfield if he was not offered a suitable deal.

For most Reds fans the thought of Gerrard leaving will come as a shock as Liverpool is the only club he has ever played for since signing as a schoolboy in 1987, and despite the fact his age is now becoming a bit of a concern most would like to see him play less while taking on a role as a club ambassador similar to former striker Ian Rush.

Speculation over moving to America is due to the fact Gerrard’s England teammate Frank Lampard is set to move to play for New York FC in the summer, and former Liverpool executive Rick Parry is on the board of the New York Cosmos.

Just last week the Cosmos signed Real Madrid legend Raul but could still have a place in their team for Gerrard with the LA Galaxy another possibility for the midfielder.