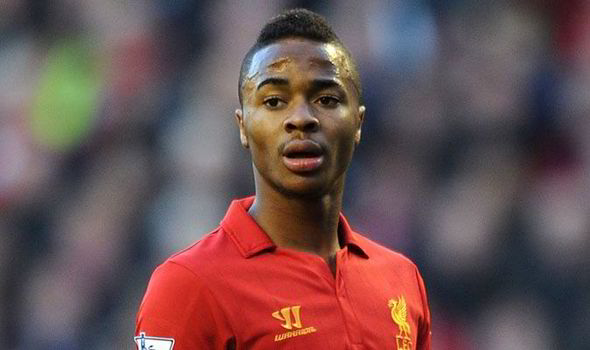 Liverpool manager Brendan Rodgers has told contract holdout Raheem Sterling that he will not be sold this summer even if he refuses to sign a new deal with the club.

Liverpool has offered the 20-year-old £100,000 per-week to remain on Merseyside, yet Sterling refuses to sign saying he will wait till the end of the season before making any decisions.

Rodgers meanwhile insists the England international will not leave under any circumstances.

“Raheem won’t be going anywhere this summer, even if there’s not a deal agreed. We’ve made that clear from the beginning,” the Liverpool manager told reporters.

“I think Raheem looks a lot more relaxed now than he has done for a while. We had a couple of good meetings. He came to the house and had a good chat on a personal level as well.

“It’s not just about the football side, it’s also about his welfare because he’s still young and he’s been through a lot in the last couple of years so I talked to him generally and I think he’s in a good place at the moment.

“The club will meet up again with Raheem’s representatives and we’ll reinforce [the message]. Look, everyone wants to win trophies, everyone wants to play in the big competitions but it’s also important that you have the opportunity to do that so we’ll just be reinforcing our stance that’s been in place all the way along — that this is the best club for him at this moment.”