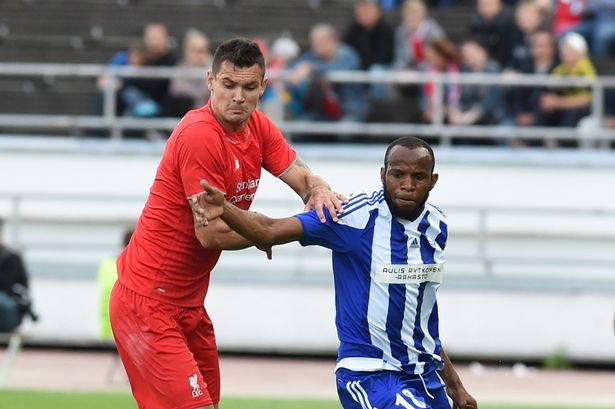 Liverpool manager Brendan Rodgers has still not decided who he will select as his No.2 centre-back to partner Martin Skrtel in the Reds defence, after having selected Croatian international Dejan Lovren for the third successive pre-season friendly.

Meanwhile former Paris Saint-Germain defender Mamadou Sakho looks set to play later today as the Reds take on Swindon Town in their last friendly before starveling to the Britannia Stadium, where they will kick the season off against Stoke City next weekend.

“It’s not something I’ve totally decided upon yet,” Rodgers said.

“I’ll sit down with the staff and we’ll look at it next week.

“The key is getting consistency in that area of the field.

“Your two centre-halves are critical. They are the tactical decision makers in the game. That balance is important for us this season.

“We had too many defensive changes last year and that’s not something that I like.

“Hopefully this season we’ll be more consistent as a back four.”

Youngster Joe Gomez got the nod to start at left-back against Helsinki on Saturday ahead of Spanish international Alberto Moreno with Rodgers saying he would not hesitate to start the 18-year-old against Stoke.

“I wouldn’t have any issues (with playing him),” he said.

“You’ve seen from my time here that irrespective of the age of a player, it’s about the quality and personality.