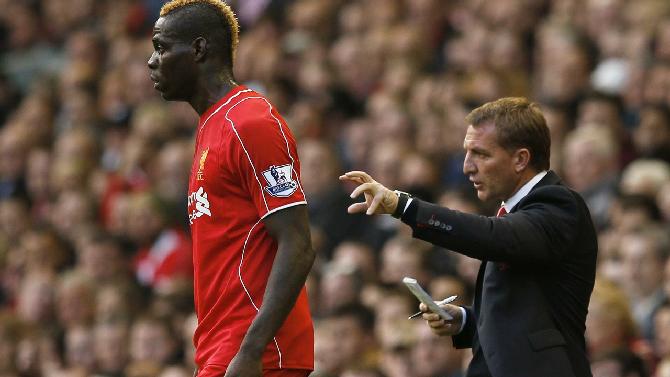 Liverpool manager Brendan Rodgers must be getting used to all the journalists asking him questions regarding Italian bad boy striker Mario Balotelli, but yesterday in his pre-Newcastle United match press conference refused to be drawn in to suggestions that Balotelli was being targets by rival players knowing that he has a bit of a reputation as a hot head.

One journalist tried to get Rodgers reaction, to a clash between Balotelli and Swansea’s Jonjo Shelvey during Liverpool’s 2-1 win in the Capital One Cup, but the Northern Irishman refused to answer the question saying: ‘Not Mario Balotelli, Vinny!’

Despite further tries to get a reaction from the Liverpool boss Rodgers told him: ‘Think of a better question!’