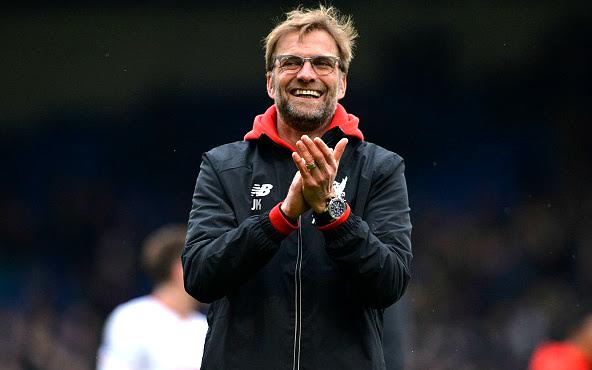 As Liverpool manager Jürgen Klopp puts his summer shopping list together Premier League legend Micky Quinn has told talkSPORT via Metro that he knows which players the German is planning to bring to Merseyside during the summer after a club insider told him of the Reds targets.

Top on the wish list is Paris Saint-Germain winger Lucas Moura, who at only 23-years-old has become a big star at the Parc des Princes, with various sources claiming the French champions would be looking to receive around £30 million for the Brazilian winger.

Number two on the list is Borussia Mönchengladbach midfielder Granit Xhaka, who is sure to solicit interest from clubs such as Manchester City, but if Liverpool are willing to pay £37 million for the 23-year-old Swiss international he will only add to a strong squad of exciting young players.

Third man on the list is Malaga defensive midfielder Ignacio Camacho who has been linked with the Reds since 2014. Klopp also knows the 25-year-old Spanish international well after having seen him play for Malaga in a Champions League tie against Klopp’s former team Borussia Dortmund.

Talking of the Reds summer plans Quinn said: ‘Ignacio Camacho, Lucas Moura and Granit Xhaka are all on the [Liverpool] hit list,’ he explained.

‘If he [Klopp] gets them, it’ll be an exciting season for Liverpool next year.’

All three players would certainly make fine additions to what Klopp already has available with Moura especially exciting given the fact he will be able to link up with his Brazilian teammates Philippe Coutinho and Roberto Firmino.