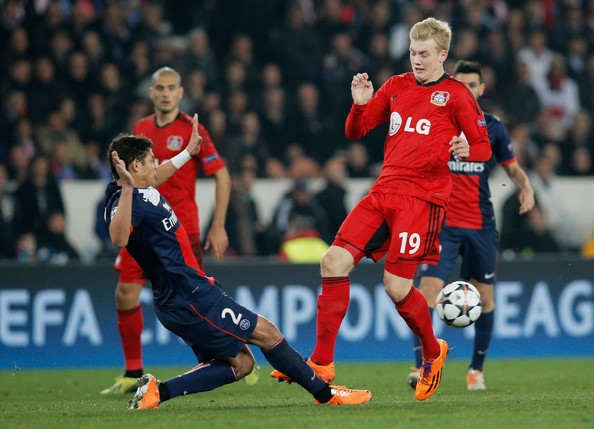 Taking advantage of the fact that Liverpool do not have to play until Sunday manager Brendan Rodgers caught a flight to Germany in order to see for himself Bayer Leverkusen wunderkind Julian Brandt on Friday night.

The Daily Mirror is reporting that the Kop boss was on hand to watch the attacking midfielder score for Liverpool hero Sami Hyypia’s North Rhine-Westphalia side in a match they won 1-2 away against Hamburg.

The 17-year-old  German U-19 international moved to Leverkusen from Wolfsburg even though several English clubs were interested, but the teenager wanted first team football and no English teams were prepared to offer that.

Rodgers however is a firm believer in youth and has a reputation of letting them play as we have seen with Raheem Sterling and Jon Flanagan and with Liverpool almost certainly involved in Champions League football next season Brandt could very well get first team action in a Liverpool squad with is still tiny when compared to other top Premiership clubs.