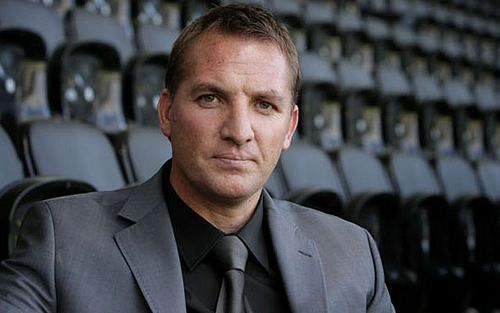 Liverpool manager Brendan Rodgers admitted he expected his team to suffer during the early part of the season after having sold star striker Luis Suarez to Barcelona, but says there have been some encouraging signs that his new young team are about to blossom.

This he said was all part of a plan laid out in July when the club realized that they could no longer hold on to Suarez after he told them he wanted out following his incident at the World Cup.

“We lost a world class talent and the natural progress of the team was halted – we needed the squad rebuilt,” explained Rodgers.

“I think where we are is what was expected. The players we brought in [over the summer] were not really established.

“That decision was made knowing they might struggle a bit initially but further in the future would be big players for the club. That is where we are right now.”

Rodgers also knew that it would be tough on the supporters following the previous seasons success where Liverpool came close to winning the Premier League title, yet knew with Suarez gone and the money they needed to spend in order to have a squad capable of also competing in the Champions League it was never going to be easy.

“It was clear we needed to do that and it is clear that with some of the young players that have come in, we’ve see their qualities, it’s just going to take them time to adapt. With young players, you get mistakes.

“Then there is the lifestyle. You have adaptation, new players coming into a different way of life.

“Of course, it may be difficult for other people to understand it because of where we were last season. The expectancy here has grown to a level which probably two years ago wasn’t there. So we have to deal with that. But it’s something I am quite relaxed about. It’s there because we’ve done so well.

“People said after the Real Madrid game, ‘Does that [3-0 defeat] show how far you’ve got to go?’ It shows how far we have come. A couple of years ago, having Real Madrid at Anfield on a Champions League night, people would’ve thought we are a long way off that.”

Speaking ahead of Saturday’s away game to Newcastle in which a win would put the Reds in the top four the Northern Irishman said: “Are we playing as fluent as we were last season? No. But is there big potential in the team? I believe there is. We still have to deliver as a team, we still want to win and be competing. And I genuinely believe that’s what will happen.”

“At the moment, without being anywhere near our best, we are in the quarter-final of a cup, our Champions League fate is still in our own hands and we are a couple of points off the top four. If it hasn’t been for a dramatic late equaliser in the derby, we would be fourth.

“There’s a lot of great work on a daily basis. My drive has intensified even more to make sure this group is successful, comes together and we can challenge at the very top.”