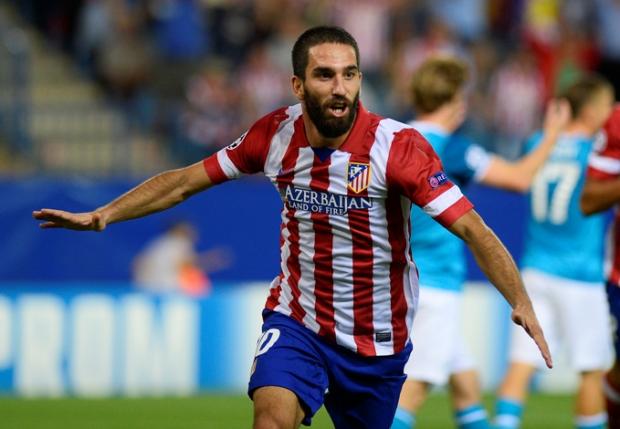 Report’s coming out of Turkey are saying that Premiership rivals Liverpool and Man United have sent their scouts to watch Atletico Madrid’s Arda Turan even though he has a £33 million release clause in his contract with the Spanish club.

David Moyes the manager of Manchester United is in his first season with the champions, and after disappointing summer signings is eager to put his mark on the club with a player of Turan’s quality and the Champions League experience he brings after having played in the competition with Galatasary and now Atletico.

Moyes could find himself involved in a bidding war though as Liverpool’s manager Brendan Rodgers is looking for a couple of top signings he can bring in during the January window to help ensure Liverpool are in the Champions League next season.

The 26-year-old midfielder’s agent Ahmet Bulut said last season that the Turkish international would like to play his football in the Premiership, and suggested at the time that there had been interest from both Liverpool and Manchester United.

“A destination in the Premier League would be to the liking of the player and I can confirm there are clubs interested, like the two mentioned,” said Bulut.

“He wants to work in England.”

Turan has been an important piece in Atletico’s success this season with his ability to play behind strikers David Villa and Diego Costa while also being able to cover the flanks scoring five goals with five assists.