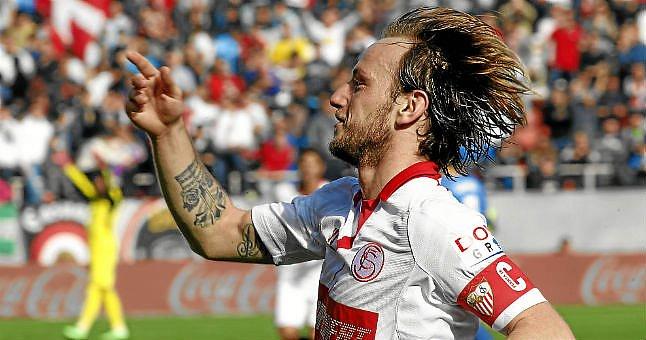 After having watched last night’s Europa Cup semi-final between Seville and Valencia a match which Seville won 2-0 we are not surprised that these top English teams are interested in the Croatian midfielder.

Ivan Rakitic put in a brilliant performance for the home side in their first-leg match of their cup match and could very well have other clubs now considering him.

His brother and also his agent Dejan, revealed when talking to Italian website cittaceleste.it: “He is much admired in Italy and I have already talked to a couple of clubs interested in him.

“I cannot confirm who they are, but we are also considering the possibility of renewing the contract with Sevilla.

“We’re talking to the president, but at the moment there is nothing concrete.”

If either Liverpool or Chelsea is serious about getting Rakitic to sign they should move soon as based on last night’s performance he could very well see his price go up following this summer’s World Cup.