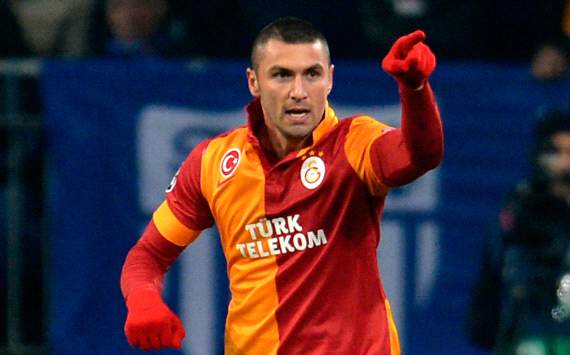 Galatasaray striker Burak Yilmaz is once again available after a deal with Roman side Lazio breaks down after the Italians refused to meet the Turks valuation of their striker.

BBC reporter Andy Brassell says that Lazio’s reported offer of €15m (£12.75m) has been judged to be not enough by Galatasaray.

“Granted, Burak only cost €5m (£4.25m) from Trabzonspor, but Lig TV reports that his old club would be due a third of the profit and that the striker himself would be entitled to a cut of any transfer fee.”

Arsenal are certainly in need of a striker, and if real Madrid make an offer to good to refuse for Liverpool’s Luis Suarez the Merseyside club would jump at the chance to sign Yilmaz.