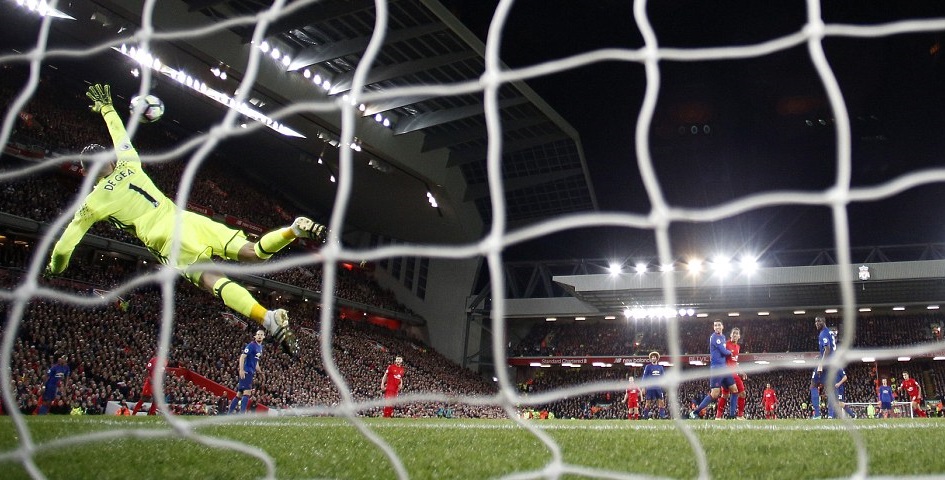 No Manchester United fan will be satisfied with Jose Mourinho parking the bus with a squad that includes the top new signing ever and arguably the best striker today, against bitter rivals, in a situation where United are 7th on the league table.

Mourinho did little more than do anything in his power to disrupt the way Liverpool play and slow down the pace of the game, all but accepting Liverpool are a better side, yet he still allowed three big chances, two saved by David De Gea and one by Antonio Valencia.

Wayne Rooney was again benched and it seems his career in football is nearing its end unless he can find a new club to play for, one that would train him and play him as the main forward. The Manchester United legend deserves credit for not complaining even once although these are the toughest times of his career. He came on in 77th minute on the right wing (!?) and blended in with the rest of the squad which was constantly on the back foot, though he did try to do something in offense and bettered Marcus Rashford who was on the right wing from the start.

There was nothing to be seen from £89m Paul Pogba still. The midfielder played around midfield not actually doing anything. Fellaini overshadowed Pogba as usual, and this time Ander Herrera did as well.

Liverpool boss Jurgen Klopp didn’t believe Mourinho would park the bus when asked about such an outcome prior to the match. “I can’t see them playing only in their own half”, said Klopp of United, and was very wrong.

Manchester United did play, far from it, and passed the ball around neatly at times, but their attacking intent was controlled and limited by their desire to avoid a counter attack. Jose’s plan for this game was to play on 0-0 and take a 0-1 victory if possible.

It’s debatable who’s the real winner of this game and of this tactical duel – Klopp who didn’t manage to do what he wanted or Mourinho who did. Liverpool are still 3 points ahead of Manchester United though, and it was Liverpool who decided to face the rival head on. So, in the end, it’s a moral victory for Liverpool although the fans will be frustrated that they didn’t finish United off, and United fans might be a bit embarassed by their team playing like this.

Manchester United visit Chelsea next and it’s almost certain Jose Mourinho will play in this same way again. Liverpool host West Brom and continue their way to the top. Liverpool are 4th, only two points behind Tottenham and Manchester City.