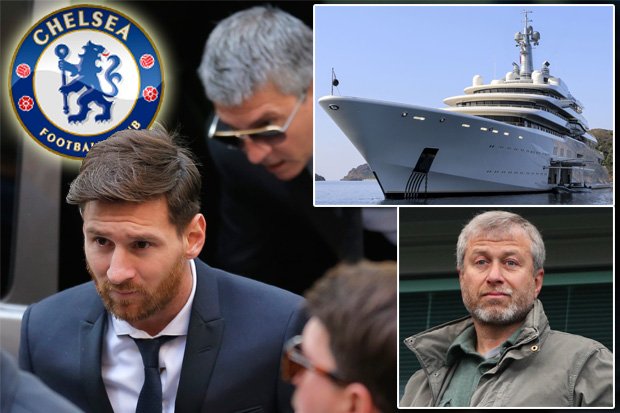 Late last evening, The Sun published a story about Lionel Messi’s father holding talks with Roman Abramovich on Chelsea owner’s yacht. The catalyst for the transfer talks, of course, being the 21-month jail sentence and the apparent resentment of Lionel Messi and his father towards Spanish authorities and Barcelona FC. Also, Messi, 29, just ended his international career for Argentina and might be in the mood to turn the page completely by making a move from his club.

But that won’t happen. Every transfer window there is a story linking the Barcelona superstar with a move to a big English club. Check the source again – it’s The Sun.

Manchester City have had talks with Messi’s representatives in the last nine months, trying to land a deal for this transfer window, but as soon as it opened they’ve been told the deal is not happening so Manchester City pursuit ended. New City boss Pep Guardiola said “Messi will stay in Barcelona”. Enough said. Just like he did since forever.

Lionel Messi will not sign for an English club. Not in this transfer window and probably not ever as this one-club player is chasing numbers at Barcelona FC. There is no race to sign Messi as he’s not going anywhere.

But The Sun will make money off the remote possibility.