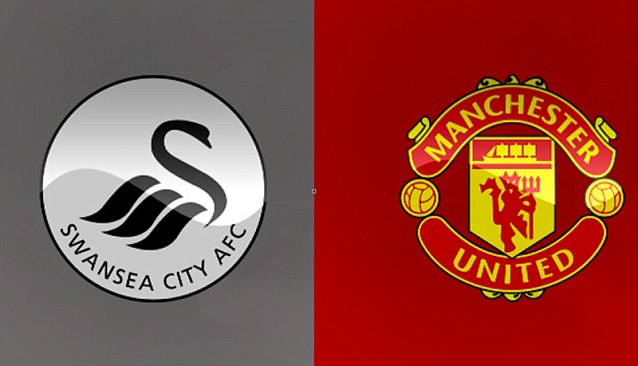 Manchester United’s trip to South Wales this afternoon takes on added importance following Chelsea and Liverpool’s losses yesterday and presents manager Louis van Gaal to get a jump on their rivals while trying to not fall too far behind league leaders Manchester City.

Last season Gary Monk’s Swansea City did the double over Manchester United , and Red Devils boss Louis van Gaal will hopefully come up with a plan to make sure his club does lose again to a side that are very comfortable playing in what they call the Liberty Stadium fortress.

Things are not too bad for Van Gaal on the injury front, though they do have a couple of issues. David De Gea’s situation has not been resolved yet, so it would be a huge surprise if he played.

Adnan Januzaj has picked up an injury, per Van Gaal’s interview with MUTV (h/t the club’s website).

While In the same interview, the Dutchman spoke about a behind-closed-doors midweek friendly with Ajax’s second-team, in which Marcos Rojo played 60 minutes as he looks to build his fitness.

Earlier this week van Gaal did not sound too overly upbeat about Argentinian goalkeeper Sergio Romero, and while we think LVG will bring in another keeper before Tuesday’s deadline, it looks as though Romero will be in nets against Swansea.

Daley Blind and Chris Smalling will once more be at the heart of the back four while Luke Shaw plays out on the left and for us United’s best summer signing so far Matteo Darmian takes care of the right flank.

Defensive midfielder Morgan Schneiderlin is now almost guaranteed a start if fit with the other position alternating between Michael Carrick and Bastian Schweinsteiger who we think will get the nod this afternoon after his arrival midweek against Club Brugge allowed Ander Herrera to play as United’s No.10 where the Basque playmaker created one goal and scored another.

Herrera should start behind Rooney today after he has now showed how much more sense it may make to play him in that position rather than Marouane Fellaini who we expect to see on the bench.

Out wide Memphis will be expected to take on Swansea’s defence with his pace while on the opposite flank Juan Mata will hope to not only stretch the Swansea defenders, but look to provide through balls to team captain Wayne Rooney.

Once more Wayne Rooney will be spearheading the United attack, but after his goals against Brugge midweek the 29-year-old Liverpudlian will be full of confidence hoping to add to his midweek hat-trick.