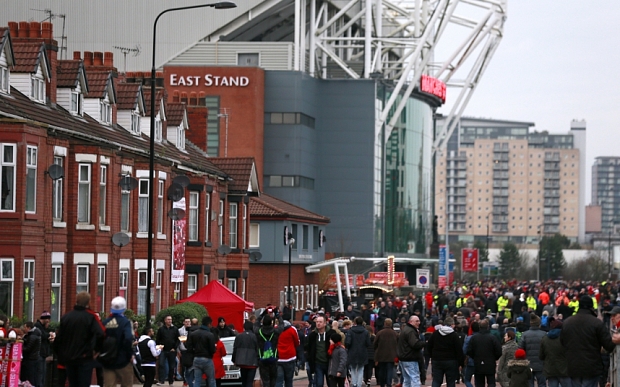 Manchester United returns to Premier League action tonight against Stoke City at Old Trafford with the fans hoping they can keep up the momentum they displayed in the 3-1 FA Cup win over Derby.

Stoke City meanwhile crashed out to Liverpool on penalties, but go into the match knowing that they beat United 2-0 at the Britannia back in December and will be looking to do the double over the Red Devils for the first time since the 1953/1954 season.

The fear factor of playing at Old Trafford seems to have departed along with former manager Sir Alex Ferguson, and now has teams like Stoke City coming to the Theatre of Dreams knowing that they have a good chance of grabbing a point and quite possibly a win.

As things stand at the moment it is hard to imagine van Gaal staying in charge until the end of the season as the pressure mounts on him to send out a team that can not only score goals but provide entertaining football.

And while we have our fingers crossed that the boys can turn on the magic and secure an impressive win, while all the time playing attacking football, deep down a part of us wants to see them fail so that we can rid ourselves of van Gaal

Van Gaal is not a stupid man (arrogant perhaps) and he knows that a home loss to the Potters would be another nail in his coffin that cannot continue to go unnoticed without action being taken.

Anyway with all that said, this is how we think the team will line-up.

The two young fullbacks performed well against Derby on Friday night with LVG hoping the 22-year-old Varela, and birthday boy (19) Cameron Borthwick-Jackson can put in another impressive display tonight against Mark Hughes team.

In front of the defenders the return of Michael Carrick at Derby was a boost for the visitors seeing that Bastian Schweinsteiger is out for another month out following his latest scan, but given the fact Carrick has trouble playing a full ninety minutes we are going with Fellaini to start alongside Morgan Schneiderlin leaving Carrick available on the bench.

In a rare display of attacking might the combination of Rooney, Martial and Mata cut Derby apart, which means together with Lingard we cannot see the 64-year-old Dutchman making any changes.