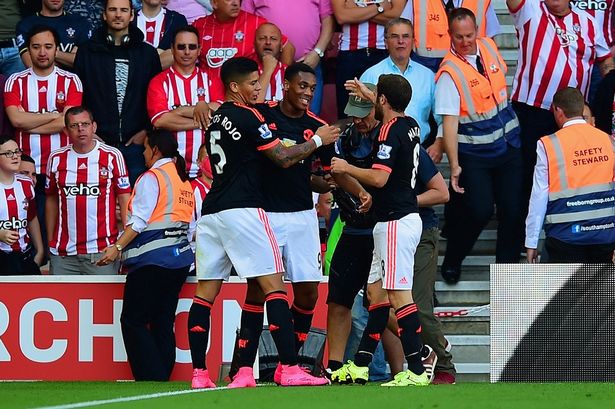 Manchester United manager Louis van Gaal fielded an unchanged side against Liverpool last weekend, and we suspect he may be tempted to play mostly the same team for today’s home game against Southampton.

So far in 2016 the Red Devils are unbeaten following a December that looked as if the wheels were coming off the bus, so with that in mind, and the fact that the pressure now appears to have subsided in calling for the Dutchman’s sack why would he risk it by rocking the boats by making changes.

The match against Liverpool was far from perfect, but it was effective in getting United an important away win against their biggest rivals.

Ashley Young is missing for this afternoon’s affair after having limped off the pitch at Anfield which means Cameron Borthwick-Jackson could get the start at left back.

Despite the Red Devils lack of goals captain Wayne Rooney seems to be coming into form and the displays from the bench by Memphis Depay has us predicting that LVG will start his countryman at the expense of Juan Mata.

Have a look at our line-up below and see if you agree with our starting XI for today’s match.