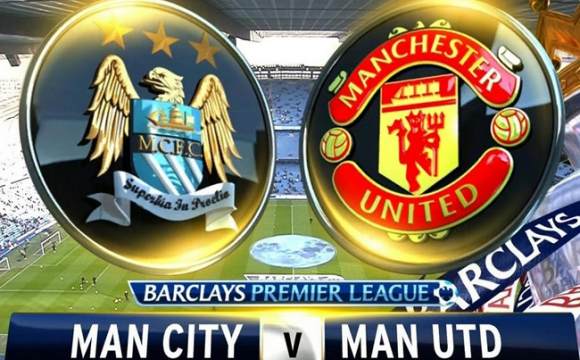 Manchester United looked tired following Thursday night’s 1-1 draw with Liverpool that saw them crash out of the Europa League, but with a top-four spot still a possibility the players will need to shrug off their disappointment as they travel to the Blue side of Manchester for the second local derby of the season.

David De Gea has been outstanding for United in goal, but it is in front of the Spanish keeper where van Gaal needs to freshen things up with us feeling that Uruguayan right-back Guillermo Varela needs to be dropped in place of Matteo Darmian following a dreadful 45 minutes against Liverpool.

Chris Smalling and Daley Blind will start at centre-back, while Marcos Rojo continues at left-back.

As for midfield, we feel that Marouane Fellaini should be left out, and with Ander Herrera injured it will be up to Bastian Schweinsteiger and Morgan Schneiderlin to snuff out the threat posed by David Silva.

In front of the defensive midfield pairing it will be Juan Mata playing the number ten role with Anthony Martial and Jesse Lingard out wide. As for Memphis Depay we do not know what is going on between him and van Gaal, and while he would have been an obvious starter for us playing on the left-wing allowing Martial to give Marcus Rashford a well-earned rest, we feel van Gaal will leave the former PSV winger on the bench while hoping that local boy Rashford with take the passion of a local derby to heart and deliver the goods for United.

Given City’s injury crisis at the back and United’s lack of creativity we feel this match has a draw written all over it so will back the same result we witnessed on Thursday 1-1 and a share of the points.