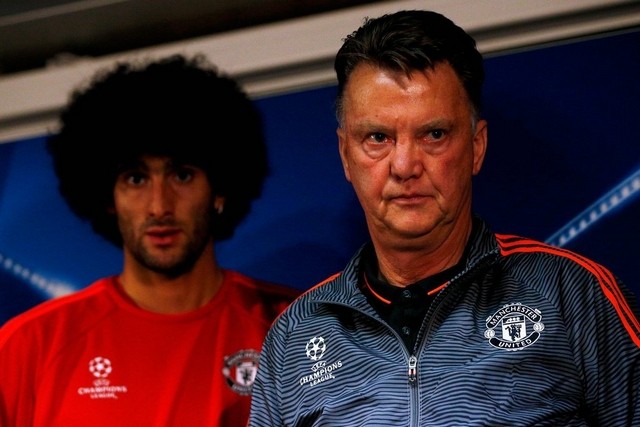 Manchester United is set to play the second leg of their Champions League qualifying play-off against Club Brugge tonight in the Jan Breydel Stadium with a 3-1 lead to protect following last week’s win at Old Trafford.

This is a crucial match for manager Louis van Gaal, knowing that it is vital for the team to reach the group stage of the competition, while there will be no pressure on the Belgium’s with everyone predicting a United win against the underdogs with BET365 offering odds of 17/20 for a Red Devils victory.

Goalkeeper David De Gea was not even selected for the short trip to Bruges with much speculation as to whether or not the 24-year-old Spaniard will still be at Old Trafford come the summer transfer deadline on Tuesday night.

Also absent from van Gaal’s squad is Phil Jones who is recovering from a bout of thrombosis that has seen him miss the start of the season, along with Marcos Rojo who according to LVG is still not fully match fit following his holiday after the Copa America.

One question being asked though is why van Gaal has so far refused to play fan favourite Ander Herrera, not selecting the Spaniard for any of the clubs matches so far this season.

Argentinian international Sergio Romero will once again be in goal for United, and could very well go a long way in making the number one spot at Old Trafford his own if he manages to keep a clean sheet tonight.

Defence will be key for Manchester United tonight, knowing that they do not need to set the world on fire but must just ensure that they maintain their advantage from the first leg. So far this season both Luke Shaw and Matteo Darmian have been an extremely efficient defensive unit, while Daley Blind and Chris Smalling have both played their central defensive role admirably.

We could see a change in central midfield following the knock to Bastian Schweinsteiger in last weekend’s match with Newcastle United, so expect to see Michael Carrick get his place back alongside Frenchman Morgan Schneiderlin in LVG’s starting XI.Despite perhaps opting to play Ashley Young for his defensive qualities over Memphis it would be hard to drop the Dutch youngster given the fact he scored two of the goals in last Tuesdays first leg in England.We also expect to see the man who scored the third goal in last week’s win, Marouane Fellaini continue to play in a number 10 role, a position he looks destined to maintain should United fail to sign a striker before Tuesdays deadline, while our favourite United player Juan Mata will continue to amaze us with his reading of the game while playing out on the right-wing.

The emphasis will be on both Memphis and Mata to stretch the Belgium defence and hopefully open up chances for England captain Wayne Rooney, who has so far failed to deliver after being allowed to play in his so called perfect centre-forward position.If the 29-year-old can find the back of the net tonight it would not only go a long way in restoring his confidence, but also ease van Gaal’s worry about not being able to sign another striker.