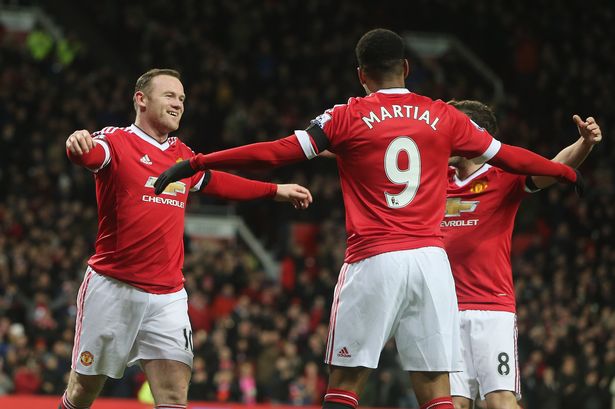 For all who watched Manchester United manager Louis van Gaal’s press conference on Friday it would appears as though the doctor has given the former Barcelona and Bayern Munich trainer a prescription for anti-depressants (happy pills), as not only was the 64-year-old Dutchman in a good mood, he said that the Red Devils still had a chance of winning the Premier League.

Well as much as we would love that to be true we are taking a much more realistic approach and will be happy with a top-four finish the FA Cup and the Europa League title. Before we get too excited over our Premier League ambitions it is vital that United comes away with at least a point from Stamford Bridge this afternoon against a Chelsea team that is unbeaten in nine games since the sacking of Jose Mourinho back in December.

To be honest we are not big fans of Louis van Gaal here at Soccer Transfers, and feel that the Dutchman’s style of play is not that of the way Red Devil fans want to see, and despite the recent win at Anfield and the three goals against Stoke, the ever cautious van Gaal will revert back to his old ways that have seen United manage just one first-half goal in the in 12 games before the win against Stoke.

Anyone who follows United will tell you that their attack does not contain that cutting edge with the Red Devils managing just 81 shots on target all season is the Premier League’s 5th lowest, with a 9% conversion rate on top of that. Their build-up play is slow and ponderous and their opponents usually have the easiest job in the world, dropping back to defend their box and then pouring forward on the counter attack.

Add to this van Gaal’s emphasis on ball possession and a solid defence and it hardly gives you’re more attack minded player the belief that they can take on opponents given the fact they will be chastised by the Dutchman should an error lead to a goal at the other end.

This of course all equates to “why should I take chances when it is better just to pass the ball, and let someone else get the blame should we lose possession and the other team score.”

This is what the manager had to say about this afternoon’s game: “I have the feeling that when we shall beat Chelsea – and that is not simple, that is very difficult, since Guus Hiddink has been there they don’t lose any more – I think our competition, our league is starting again. That is very important.“The competition is not yet finished, not for Manchester United or the other teams.

“We have the feeling, and that’s because we are winning twice in a row and with sparkling football – with goals and clean sheets, against opponents who were in great form.”

Manchester United could name the same team which began the win against Stoke, although we have a sneaking suspicion that Fellaini may start to counter Cesc Fabregas.

Who else but David De Gea as the Spaniard continues to prove why Real Madrid will once more try and sign him next summer following some superb displays so far this season.

Given the clubs injury list van Gaal is short of options for the back-four, so we expect to see no changes to the side he put out against Stoke City.A fully fit Eden Hazard is expected to start for Chelsea this afternoon, and given the fact the Belgium has a lot to prove, Matteo Darmian must bring his A-game to Stamford Bridge this afternoon.

Since the departure of Jose Mourinho it is a bit of a coincidence that Cesc Fabregas seems to have gotten his game back into gear as was evident in his performance in the win over Arsenal. This could tempt van Gaal to deploy Marouane Fellaini as a midfield destroyer despite what other problems might result from this tactic.

And while the Dutchman still seems unconvinced by Morgan Schneiderlin — the Frenchman is no means an automatic choice for his first team — but playing him alongside Michael Carrick ought to provide a better balance for the United midfield, in both stopping Fabregas (assuming he again plays in that No.10 role) and offering some attacking impetus.

Given a choice between Fellaini and Schneiderlin, we are going to opt for the Frenchman to start alongside Carrick in front of the back-four.

Wayne Rooney has scored five-goals in his last five Premier League appearances – more than in his previous 25 appearances, with van Gaal hoping he can keep up his present good form and score in today’s match to make it six goals in six games.

Have a look at our stating XI below, and see if you think we have got it right.