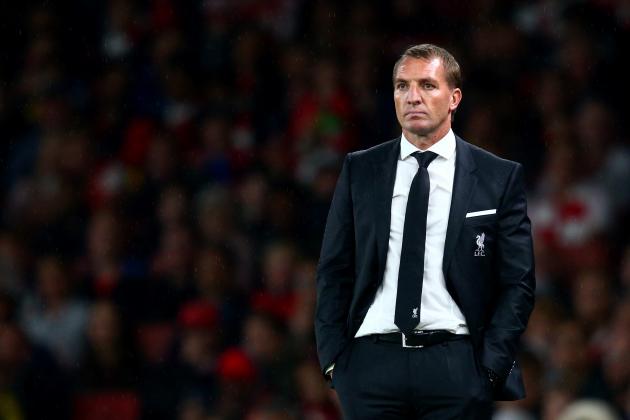 Liverpool will be looking to keep their unbeaten run alive this afternoon when they welcome West Ham to Anfield, and despite only coming away with a 0-0 draw against Arsenal at the Emirates on Monday might will be full of confidence knowing that but for some superb saves from Petr Cech and the woodwork that they could have easily won the match.

Slaven Bilic’s Hammers meanwhile have endured a tough start to the season despite beating Arsenal on the opening day, they have since lost at home to Leicester City and AFC Bournemouth.

Last season Liverpool seemed to leak goals at the back, but so far this season it would appear as if Rodgers has resolved the problem by bringing in Joe Gomez and Nathaniel Clyne, while also preferring Dejan Lovren to French international Mamadou Sakho at centre-back.

Liverpool will once more be missing Adam Lallana and Captain Jordan Henderson, but given the way the Reds played against Arsenal it would be hard to imagine Brendan Rodgers making any changes to his team.

Simon Mignolet is yet to concede a goal in the Premiership this season, and the Belgium international will be looking to rack up as many clean sheets as he can now Liverpool seems to have gotten their defence in order.

Out on the wings will be Nathanial Clyne at right-back while 18-year-old Joe Gomez continues to exceed all expectations while out left.In the centre will be Skrtel and Lovren who so far have performed flawlessly at the heart of the Reds back-four.

James Milner will take over the captains duties, while Brazilian Lucas looks set to start his second game of the season as the Reds main defensive midfielder alongside German international Emre Can. Providing the threat going forward will be Philippe Coutinho and Roberto Firmino with the latter looking to build on his first start for his new club against Arsenal.

Upfront will of course be new signing Christian Benteke who in today’s match has to be a favourite to score, while Danny Ings waits in the wings eager to show the Anfield crowd what he is capable of when given the chance.