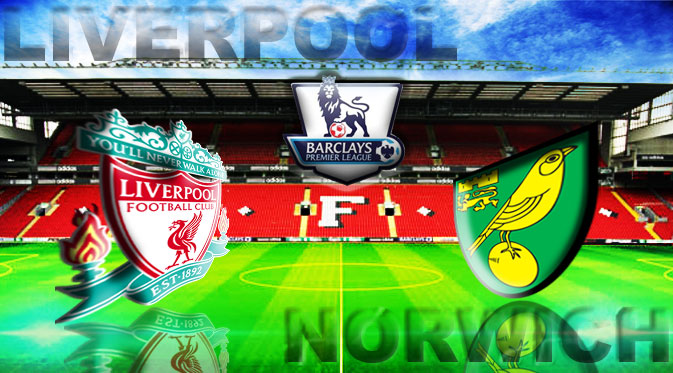 This now has to be a must win game for Liverpool manager Brendan Rodgers following the losses to West Ham and Manchester United, and while Liverpool fans may take some solace from the West Ham loss after seeing the Hammers take down Premiership leaders Manchester City at the Etihad yesterday afternoon, Rodgers knows that nothing other than a win for Liverpool will do.

The problem for Liverpool seems evident to us and probably to everyone else watching, and that is the teams know that in order to close down Liverpool all they have to do is pack the centre of the pitch as the Reds do not possess a wide option which is why we think Gomez will be dropped for Moreno.

Simon Mignolet will again start as the Belgium international now seems to have the confidence back that he lacked last season, although he does still tend to have trouble when kicking the ball up field which has us hoping that the team will bring the ball out more from the back rather than trying to punt it up to Christian Benteke.

With a more attacking team in mind we think it is time that Joe Gomez is rested at left-back and that Moreno is allowed to push up as must be the same for Nathaniel Clyne over on the right flank.

We understand that Brendan Rodgers wants to get Croatian international Dejan Lovren settled in at centre-back, but following Mamadou Sakho’s display against Bordeaux midweek it will be hard not to start the Frenchman alongside Skrtel.

Ahead of the back-four should be Brazilian defensive midfielder Lucas as an anchor-man even though Rodgers may be tempted to use the more forward thinking Emre can in this position. James Milner meanwhile will be called upon to step-up and take over from the injured Jordan Henderson allowing Adam Lallana or possibly Roberto Firmino and Philippe Coutinho to provide the creative genius needed to supply Ings and Benteke with the ball.

Rodgers should go with two strikers in this game, and while Benteke is a guaranteed starter when fit we think that Danny Ings did enough in France midweek to show he deserves a place in the team.We also expect at some point during the afternoon for Daniel Sturridge to make his return to the replacing either the big Belgium or Ings, and with Liverpool scoring issues well know it will be nice to know that Sturridge is hopefully fit and ready to become a starter once more.