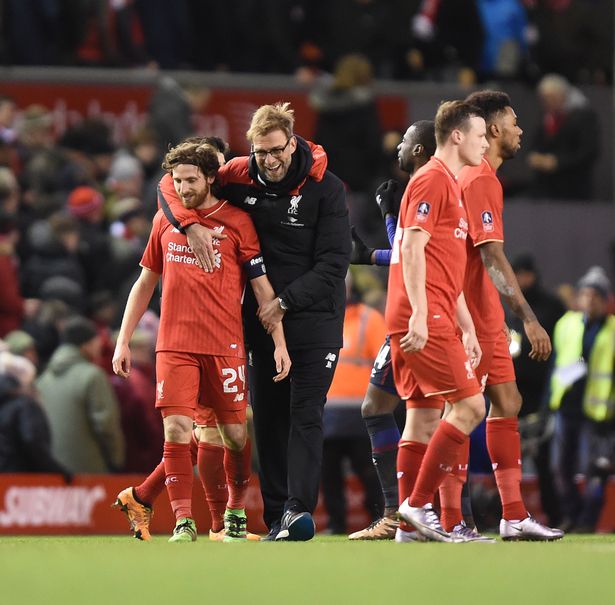 Who would have imagined that come the first game in February Liverpool would find themselves trailing Leicester City by 13 points.

For Liverpool tonight’s game at the King Power Stadium will show whether or not the Reds really have what it takes to make a top four finish.

Picking tonight’s line-up should be a piece of cake if you go by the players Klopp rested for the FA Cup clash with West Ham, yet given a few fine performances in the match we would like to think the German would reward the likes of Flanagan and Joao Teixeira but he won’t.

Simon Mignolet will start in goal with Dejan Lovren and Mamadou Sakho at centre-back while Nathaniel Clyne and Alberto Moreno will retain their usual starting places at full-back.

In front of the back-four Jordan Henderson has a big role to play in countering Kante, while Emre Can and the deserving Joe Allen will dictate play in the centre of the park.

Up front it will be Roberto Firmino leading the attack backed by James Milner and Adam Lallana.

We should be in for an entertaining match, and with Leicester playing at home it will force them to take the play to Liverpool allowing the Reds to hit them on the counter.